Will China-ASEAN Relations Take a Turn for the Better Post-Pandemic? – The Diplomat

Will China-ASEAN Relations Take a Turn for the Better Post-Pandemic? – The Diplomat 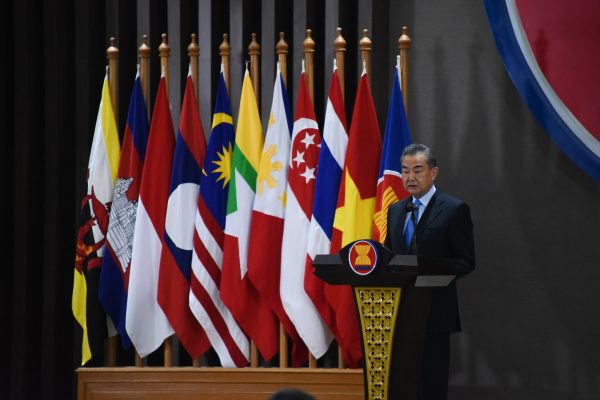 Recently, at the 2022 Symposium on the International Situation and China’s Foreign Relations, Chinese Foreign Minister Wang Yi outlined six diplomatic tasks for his country in 2023. Among them, he emphasized that China “will stay committed to the principle of amity, sincerity, mutual benefit and inclusiveness and the policy of forging friendship and partnership in our neighborhood, and deepen friendship, mutual trust and convergence of interests with our neighbors.”

In terms of geographical proximity and economic interdependence, the Association of Southeast Asian Nations (ASEAN) is the top priority in China’s neighborhood diplomacy. During the pandemic, ASEAN become China’s largest trading partner, replacing the United States and the European Union. At the same time, ASEAN worked together with China to fight COVID-19. Following China’s announcement that it would lift the quarantine policy for international arrivals on January 8, China-ASEAN relations will also take a turn for the better.

In my recently published book “The Reshaping of China-Southeast Asia Relations in Light of the COVID-19 Pandemic” (Singapore: Springer, 2021), I pinpointed the dual influence of the pandemic on China-ASEAN relations. During the initial stage of the pandemic, both economic links between China and ASEAN and the Chinese image in Southeast Asia was undermined. But in the long term, trade and investment cooperation among China and ASEAN states will return to normal and actually become closer. What’s more, both sides have developed deeper mutual political trust after working together to fight the pandemic, which is beneficial to closer China-ASEAN relations.

Other scholars have pointed out that the pandemic caused anti-Chinese sentiment to rise, but it is remains at controllable levels. In other negative impacts, border trade was blocked, Belt and Road Initiative (BRI) projects were postponed and Chinese tourist flows were cut off by COVID-19 travel restrictions.

Now, China is opening its borders. The hope is that China can resume pre-pandemic (or greater) levels of cooperation with ASEAN on BRI infrastructure projects, border trade, the digital economy, and in other areas.

Nevertheless, the problems accumulated during the pandemic may not be so easily solved. After nearly three years of pandemic hassles, China and ASEAN both need to adjust their policies and accommodate a new normal characterized by a more intense geopolitical and geoeconomic competition between China and the United States.

As mentioned above, at the beginning of the outbreak, almost all the ASEAN countries took measures to restrict arrivals of Chinese tourists. Now that China has reopened its borders, will ASEAN countries immediately welcome them back?

It is evident that the politicization of the pandemic still lingers, although the epidemic is coming to an end. Given the growing China-U.S. rivalry in Southeast Asia, the entry management measures the ASEAN countries will introduce for Chinese tourists are of particular interest. So far, only Thailand and Cambodia have overtly affirmed that they would welcome Chinese tourists without any restrictions related to COVID-19.

To ensure the continuing implementation of BRI projects that were delayed at the beginning of the pandemic, China opened a “fast lane” for personnel exchanges and a “green channel” for equipment transportation with the participating states. As a result, few BRI projects were affected severely by COVID-19.

As Chinese Foreign Ministry spokeswoman Mao Ning said on December 26, “This year has seen steady progress and fruitful outcomes of Belt and Road cooperation.” Not only did five new states signed cooperation documents with China to jointly build the BRI, but a large number of landmark infrastructure projects have also been completed. This includes the test operation of Jakarta-Bandung, the first high-speed railway in ASEAN, and the formal opening of the first expressway in Cambodia.

However, the recent derailment on the Jakarta-Bandung High-Speed Railway, which resulted in two deaths, is a reminder for China, that the importance of safety management in construction should not be underestimated. After all, the railway is a flagship project of the BRI in Southeast Asia, and carelessness will have a negative impact on the project.

It is high expected that the BRI will swell in the post-pandemic period, as the economic recovery of ASEAN countries creates strong domestic demand for infrastructure construction. Yet, China will face a series of challenges in expanding the BRI in Southeast Asia, including hiring local labor and meeting environmental standards, as well as facing the United States’ criticism and competition.

To prevent and control the cross-border spread of COVID-19, China temporarily suspended its border trade with the neighboring countries during the pandemic. It even built an electronic separation wall on the China-Myanmar border. This has led to a “cliff-like” decline in border trade and serious non-traditional security issues along the border.

After reopening the borders, border trade will tremendously increase in the short term. But case surges caused by imported infections and a sharp increase in border inspection pressures are also predictable challenges for both China and its ASEAN neighbors. After years of small numbers, are border authorities ready to cope with the tremendous growth of trade in a short time?

Finally, China and ASEAN nations will recover normal personnel exchanges, and the consultation on the Code of Conduct (COC) in the South China Sea can be promoted through personal contacts. However, the external environment of the COC consultation remains troubled, as there is still some turbulence both from internal and external actors.

For instance, the United States recently publicized that China was undertaking land reclamation activities on uninhabited islands and reefs in the Spratly Islands. In addition, in the new context of closer cooperation between the Philippines and the United States, the Marcos administration took a much more muscular posture towards the South China Sea dispute by saying it would never yield an inch of territory and threatening to conduct unilateral oil and gas exploitation in disputed waters.

More recently, Vietnam and Indonesia reached an agreement on the demarcation of their exclusive economic zones around the Natuna Islands. This may promote some ASEAN claimant countries to build alliances on the South China Sea disputes to resist China.

In conclusion, there will be opportunities for closer China-ASEAN relations now that China reopened its borders. In order to achieve that goal, all parties should prepare to accurately respond to various needs in the post-pandemic era, ensure the smooth implementation of the mega-projects within the BRI, and properly manage differences and disputes in the South China Sea.