What Institutional Norms Are Left After the 20th Party Congress? – The Diplomat

What Institutional Norms Are Left After the 20th Party Congress? – The Diplomat 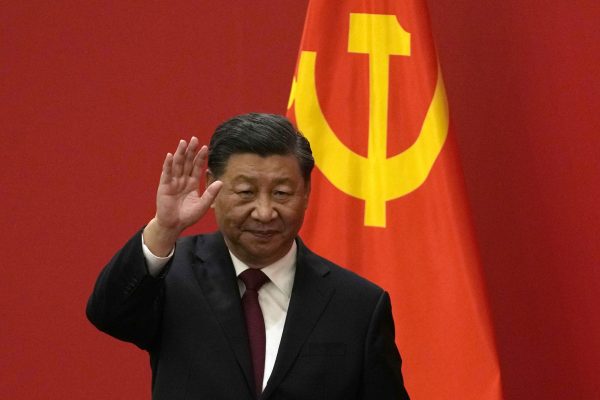 Chinese President Xi Jinping waves at an event to introduce new members of the Politburo Standing Committee at the Great Hall of the People in Beijing on Oct. 23, 2022.

Over the past week, the Chinese Communist Party (CCP) held its 20th Party Congress. At the end, membership of the Politburo Standing Committee (PSC), the CCP’s highest political body, was revealed.

Unsurprisingly, despite having reached what usually constitutes retirement age, Xi Jinping, 69, stayed on as top leader. Also unsurprising, given their ages, 65-year-old Zhao Leji and 67-year-old Wang Huning likewise continued on the PSC.

This is not to say, however, that the 20th Party Congress provided no surprises. Far from it.

Visually, the most dramatic surprise was the unceremonious ushering out of Xi’s immediate predecessor, Hu Jintao, from the closing ceremonies. Symbolically, the act serves as an uncanny, nearly flawless representation of the Godfather-like way Xi has eradicated Hu’s influence from the highest levels of Chinese politics. Structurally, the exit of Li Keqiang and Wang Yang from the Politburo Standing Committee, along with the failure of Hu Chunhua to be promoted to the PSC, represents a devastating loss of influence for Hu Jintao and his associates.

The liquidation of Hu Jintao’s high level political influence undoubtedly required some fancy footwork.  That Li Keqiang was retired from the PSC is not particularly surprising. Yes, he was young enough to remain a part of the PSC, but with Li constitutionally limited to two terms as premier, where was he supposed to go? Having already been the second highest leader in the PRC, Li was unlikely to go backward, and forward was not an option. It’s really only in the context of Xi’s own age and efforts to ensure more time for himself as top leader that Li’s retirement seems notable.

That said, seeing Wang Yang removed from the PSC is striking. Only 67 years old, Wang could, according to traditional norms, have easily served another term on the PSC. I suppose one could make the argument that, once it was decided that Li Keqiang should exit the PSC, it would have been odd to keep anyone older than Li Keqiang on the PSC (other than Xi Jinping, of course – who earlier worked to get age limits for his position as president of the People’s Republic of china overturned). Still, Wang Yang’s removal seems remarkable.

Similarly, Hu Chunhua’s failure to get promoted to the PSC is also noteworthy. Having served on the Politburo since 2012, 59-year-old Hu was the longest standing member of the Politburo young enough to be eligible for promotion to the PSC. To see him fail to be elevated to the PSC is contrary to basic norms of age and seniority, and as such is a real surprise from an institutional point of view.

Now, one can make the case that Xi still seems to have operated within a broad institutional framework.  The size of the PSC, for example, was kept at seven, and perhaps more importantly, all individuals promoted to the PSC (Li Qiang, Cai Qi, Ding Xuexiang, and Li Xi) came from the Politburo. Having said that, however, it seems to me that the continued existence of a recognizable institutional framework may owe less to the power of norms and institutions than Xi’s political calculations.

Xi did more than just excise Hu Jintao’s influence from high level Chinese politics; he also bought himself time by not making any moves that might provide a clear indication of a likely successor. Xi did not helicopter anyone onto the Politburo Standing Committee, and Chen Min’er, who perhaps received too much press back in 2017 as a potential successor to Xi, was not elevated to the PSC. The youngest member of the new PSC is now 60-year-old Ding Xuexiang.

Looking forward, we should expect substantially more PSC turnover in 2027. As currently constituted, young talent on the PSC is represented by Ding Xuexiang (who will be 65 in 2027), and – on the basis of age alone – he is the only PSC member young enough that we might expect to see him serve another term in 2027. Of course, with the world economy on tenterhooks and increasing tension in Asia, expectations regarding the future are likely to encounter significant turbulence over the next five years.