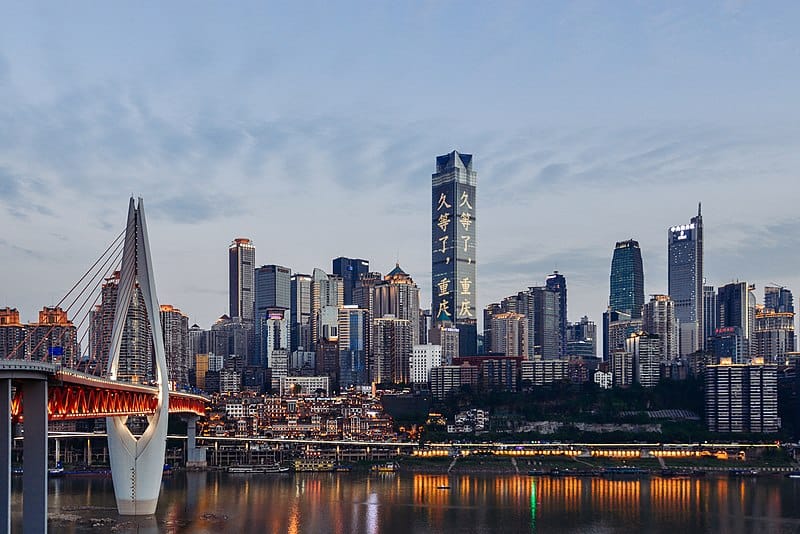 The central Chinese mega-city of Chongqing has unveiled plans to create a green finance reform and innovation pilot zone within its jurisdiction.

The Chongqing government recently released the “Chongqing Municipality Overall Plan for the Establishment of a Green Finance Reform and Innovation Pilot Zone” (重庆市建设绿色金融改革创新试验区总体方案), making it the first province-tier municipality to give its approval to such trials.

The Plan calls for the establishment of pilot zone that achieves reductions in emissions intensity throughout the Chongqing municipal area. It also calls for the preliminary exploration of a “compensated [carbon emissions] quota usage system”; encouraging the development of zero carbon demonstration parks, the creation of a “Yangtze River Green Finance Corridor” financial system, and driving the the further development of green digital infrastructure.

Six other Chinese provinces have given their approval to the launch of similar pilot zones, including Zhejiang, Jiangxi, Guangdong, Guizhou, Xinjiang and Gansu.