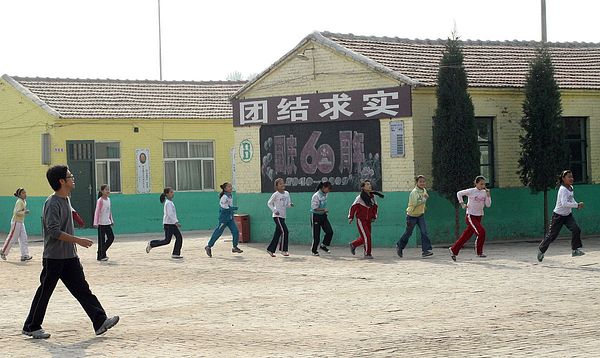 In 2021, China reported a new low in the number of newborn babies: 10.61 million. According to figures from the Chinese National Statistics Bureau, China continues to face a decreasing trend in births due to social changes, increasing costs of childcare and education, and an aging population. The low number of newborns further diminished the net population growth in China, with the country reporting only a 480,000 net growth in 2021. It was the fifth consecutive year for China to see a decreasing birth rate, despite abolishing its long-standing one-child policy in 2016.

The Chinese government clearly acknowledges the pressure it faces as the number of births continues to drop. After the start of the two-child policy in 2016, Chinese authorities further lifted restrictions on the number of children that a family may have. In May 2021, China started to implement a three-child policy. Yet compared to the (already ineffective) two-child policy, the 2021 three-child policy initiative has been even less successful at reversing the diminishing net population growth in China. Following its implementation, the policy received strong disapproval from Chinese netizens. Critics pointed out the lack of supporting measures to help families raise children, poor social security systems for retirees, and the long working hours that professionals face as major hurdles for families to consider getting married or giving birth to children.

Chinese millennials are already struggling to take care of their aging parents, who are retired with limited income, even while facing long working hours to keep up with the high costs of living. Small wonder, then, that many are wary of the economic and opportunity costs that come with raising children. Many millennials are the products of the one-child policy, making them vulnerable to unexpected changes with very limited help from their families compared to their previous generation.

Despite seeing significant economic growth at an early age in their life, Chinese millennials also carry a significant burden to stay competitive and combat workplace ageism. Despite the government showing signs of asking its population to work longer, there are strong signs that employers want young workers. Job applicants become victims of discrimination as early as age 30, with the issue significantly deteriorating after age 35. Furthermore, gender inequality and discrimination against women also contribute to China’s birthrate problem by convincing many women they simply cannot afford to have children.

In addition, the easing of birth restrictions did not exempt the Chinese population from other restrictive policies imposed by the Chinese government, such as its hukou or household registration program. Major municipalities such as Beijing and Shanghai continue to enforce strict policies controlling the number of inflow population, forcing millennials to choose between taking a pay cut to return to their rural hometowns – where they may not have lived in years, if not decades – or continuing to separate from their parents and face discrimination in accessing medical services, registering their children for school, and other essential social services. Other medical measures such as surrogacy and egg freezing for single women remain illegal despite a diminishing newborn population.

It is clear that low birth rates are a critical problem for China’s future economic prosperity and development. And yet, the struggles of families do not appear to be a major issue in Chinese government working papers and major government publications.

The 2022 government annual report, presented by Chinese Premier Li Keqiang in the fifth meeting of the 13th National People’s Congress, dedicated 66 characters out of the 17,002-character-long speech to combating low birth rates and childcare. Li vowed to improve auxiliary policies supporting the three-child policy and to create a tax deduction credit for childcare fees for children under the age of 3. The government also promised to explore multiple channels to develop affordable childcare services and relieve family burdens related to giving birth, providing childcare, and securing education for their children.

In the week-long national “Two Sessions” meeting, representatives across the country also proposed ideas to increase China’s birth rate. Proposals ranged from conventional policies such as extending parental leave and helping young families to secure housing to unpractical calls to offer the third child in a family more points in university entrance exams. There was no progress on any of these proposals, however. Despite imminent needs for effective policies to be in place to support families and children, the Chinese government looks set to stay on its traditional track, placing economic growth and employment numbers as priorities.

Compared to developed countries, China has a significant gap in terms of supporting families. In Canada, tax benefits to help handle the costs of raising children started as early as 1993. In the Canadian government’s latest major report, the 2021 Speech from the Throne, the Canada Child Benefit was described as a program that has already helped lift hundreds of thousands of children out of poverty and will continue increasing to keep up with the cost of living. The same speech also promised to deliver $10-a-day childcare to all Canadian jurisdictions, a major part of Prime Minister Justin Trudeau’s campaign platform in the 2021 general election. In the United States, President Joe Biden also promised to cut childcare costs in half and extend the child tax credit in his 2022 State of the Union Address.

Beyond economic factors, the latest human trafficking case in Xuzhou became a wake-up call for families that wish to raise children in China. The local and provincial governments’ lack of accountability, combined with censorship on the issue, contradicted Chinese government propaganda, which claims to have the interests of its citizens as its top priority. While Li vowed to impose a strong crackdown and severe punishments on those guilty of human trafficking, the government is not discussing social policies to eliminate the root causes, including gender inequality and discrimination.

Despite facing pressure on maintaining the size of its labor force, China continues to neglect the most valuable assets of the country: its people.