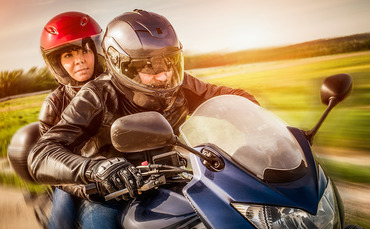 Investcorp is to sell its stake in Italy-based motorcycling protective clothing and technical gear producer Dainese to Carlyle at an enterprise value of EUR 630m.

The deal generated a return of 6x money for Investcorp, according to a source close to the situation.

The GP announced that it was to acquire Dainese for a total consideration of EUR 130m in November 2014, according to Unquote Data. Founder Lino Dainese retained a minority stake in the business.

In 2019, Investcorp transferred six portfolio companies that had been acquired on a deal-by-deal basis into a secondary vehicle named Investcorp European Buyout Fund 2019 – this group of companies included Dainese.

The USD 1bn secondaries deal was backed by Coller Capital and included USD 650m in secondary capital and just over USD 300m in primary money, with extra capital also available for co-investment, according to Unquote Data.

Dainese had drawn interest from both strategics and sponsors for a number of years, according to the same source.

Under Investcorp’s ownership, the company more than doubled its sales to EUR 250m and grew EBITDA at a double-digit rate on a compounded basis each year, Investcorp said in a statement. In addition, the company made a strategic add-on in 2020, acquiring motorcycling boots producer TCX.

Carlyle is deploying equity via Carlyle Europe Partners V. The vehicle held a final close in October 2019 on EUR 6.4bn, surpassing its EUR 5.5bn target. The fund was 47% deployed as of September 2021 and it has since made two further deals: Dainese and UK-based clothing and footwear retailer End Clothing.

Carlyle said in a statement that it intends to leverage its experience in the consumer sector, supporting the company with its international expansion with a focus on China and the US. The GP also intends to invest in Dainese’s direct to consumer distribution channels.

Investcorp declined to comment. Carlyle had not responded to a request for comment at the time of publication.

Company
Founded in 1972 and headquartered in Vicenza, Dainese produces protective clothing and technical equipment for motorcycling and dynamic sports Its flagship products including its back protector and a wearable airbag for motorcyclists, which was the first of its kind, according to a statement from Carlyle.