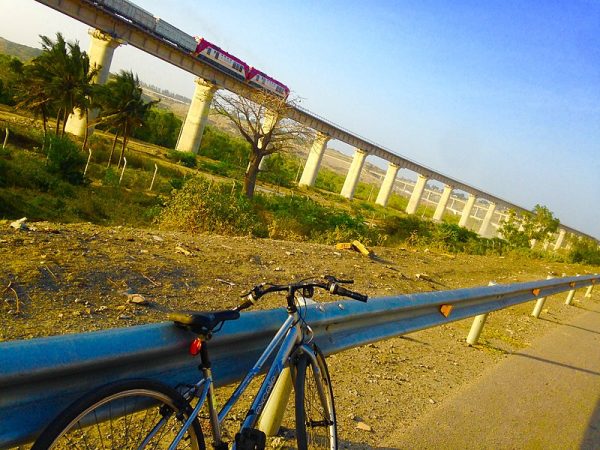 As China draws back from large scale infrastructure investments in Africa, it is worth considering why so many major Belt and Road Initiative (BRI) projects in the region, unveiled with great fanfare, have ultimately struggled. A connecting thread across such cases has been China’s inability to manage the political complexities associated with infrastructure development.

Within China itself, the context for infrastructure development is defined by political continuity, deep-pocketed state actors, state-controlled media, and a weak civil society. Authorities can plan and implement projects with few serious impediments.

The BRI was envisioned as an extension of this top-down “China Model” of infrastructure development to other countries. But, of course, the political circumstances familiar to Chinese actors at home are seldom duplicated abroad – despite the fact that, according to Ding Yifan of China’s Development Research Centre of the State Council, Chinese companies often “think other countries are just like China.”

Chinese actors typically approach BRI deals with two contradictory assumptions: First, the political leadership with whom they are dealing is either too weak or too venal to challenge contract terms that decidedly favor China; and, second, these same leaders will be strong enough to fend off resistance to ambitious infrastructure projects by opposition politicians and civil society groups while also mobilizing the financial resources necessary to sustain expensive, long term projects.

In practice, few projects meet the “just right” conditions of this Goldilocks formula. Instead, conditions are “too hot” – strong leaders reject unfavorable terms – or “too cold” – weak leaders cannot defend bad deals against domestic opposition or rescue the projects once they run into trouble.

The three case studies below each illuminate a different path to failure.

In March 2013, Tanzanian President Jakaya Kikwete and Chinese President Xi Jinping signed an agreement for a $10 billion port designed to handle 20 million containers a year. China Merchants Holding was contracted to build the port with China’s Export-Import Bank providing the bulk of financing. The port would be connected to a large industrial city and the TAZARA Railway, allowing goods to move to and from central Africa.

Situated in Kiwete’s home district of Bagamoyo, the port was well-positioned to shower benefits upon the president’s supporters. With his term in office ending less than a month later, Kiwete rushed to conclude port construction contracts in October 2015.

In a stunning move, incoming President John Magufuli quickly moved to cancel the contracts. In contrast with Kikweta, Magufuli was an economic nationalist inclined to hard bargaining with foreign investors. Magufuli was also a tough, often authoritarian, leader who brooked little opposition.

Despite his family pedigree, Uhuru Kenyatta was soundly defeated in his first bid for the presidency in 2002. He barely survived a court challenge to his 2013 victory. Although initial returns from the August 2017 election showed Kenyatta the winner, the Supreme Court ordered a new election after siding with a challenge mounted by the main opposition candidate. Following months of growing tension, Kenyatta’s challenger withdrew from the October revote, allowing Kenyatta to retain office.

To improve his precarious political position, Kenyatta sought to accelerate Kenyan economic development by attracting foreign capital, especially from China. In 2018, China held close to $10 billion or 73 percent of Kenya’s overall debt, among the highest rates in Africa. Even as Kenyan debt service tripled between 2013 and 2018, Kenyatta defiantly declared: “I will continue to borrow to develop.”

Kenya’s Standard Gauge Railway (SGR) project served as the crown jewel of Kenyatta’s ambitious plan. The railway was designed to speed the flow and increase the capacity of goods moving to and from the Kenyan port of Mombasa. Kenya contracted with the China Road and Bridge Corporation (CRBC) to construct the SGR in three main stages. The plan also envisioned a fourth stage undertaken in cooperation with the government of Uganda, with a line running to the Ugandan capital of Kampala and eventually to the interior of East Africa. The financial viability of the project depended upon the expected volume of goods that an extended rail network would realize.

The bulk of financing for the first stage, from Mombasa to Nairobi, was provided by the China Export-Import Bank in the amount of $3.24 billion. A special purpose vehicle called the Kenyan Railway Corporation (KRC) contracted with CRBC to operate the line. Passenger and freight service were both operational by early 2018.

The terms of the SGR deal heavily favored the Chinese partners. Indeed, a Kenyan appeals court later ruled the original contract invalid due to the lack of competitive and transparent bidding. As collateral, Kenya was required to set up a special reserve account and to waive sovereign immunity for the port of Mombasa, making the latter vulnerable to seizure by Chinese creditors should Kenya default.

The loan for the first stage carried a high interest rate and quick repayment period. Conversely, to finance operations the CRBC borrowed from the KRC at zero interest and a generous grace period. Repayment was made not in cash, but in services. Moreover, CRBC was relieved of liability for operating losses. Contract disputes were managed through arbitration in China under Chinese law.

Revenue from the initial year of operation came to less than half of projections and covered only half of operating costs. A Kenyan government report estimated that without subsidies, freight transport along the new rail line cost twice that via truck. Despite hopes that the rail line would boost exports, the tonnage of goods shipped inland from Mombasa exceeded that shipped to the port by a ratio of almost 8 to 1. While the second stage of the SGR project is nearing completion, China’s Export-Import Bank pulled funding from the third stage due to concerns about financial viability as well as worries that Kenya is “politically unstable.”

In 2020, the SGR lost money at a rate of over $9 million per month, prompting the Kenyan government to require that government agencies and importers ship goods via train rather than truck, a demand resisted by importers and truckers. Kenya Railways defaulted on a $350 million payment to CRBC’s subsidiary Africa Star, which operates the SGR. In July 2020, KRC announced plans to take over management of the SGR from Africa Star, which, in turn, has demanded the full payment of past due debts before the full transfer of operations to KRC.

In sum, Kenyatta’s intended legacy project has become a financial morass while Kenya and China struggle to disentangle themselves from one another.

In 2014, Kenya’s Ministry of Energy and Petroleum awarded a contract to Amu Power for construction of a $2 billion power plant, East Africa’s first to rely upon coal. Sixty percent of the total estimated project cost was to be financed by the Industrial and Commercial Bank of China, a Chinese state-owned commercial bank. The plant was to be built by state-owned China Huadian Corporation.

From the beginning, the project was bathed in controversy due to the close proximity of the plant to a UNESCO heritage site, Lamu Old Town, which served as the best preserved Swahili cultural settlement in East Africa. There were also worries about the environmental impact of the plant.

Opposition to the project arose within Kenya’s Energy Regulatory Commission before licensing approval was finally given in 2016 by the National Environment Management Authority. These bureaucratic delays allowed time for a coalition of local and international NGOs to coalesce in opposition. An umbrella organization called Save Lamu brought together 40 local civil society groups. Save Lamu received support from national NGOs such as the INUKA Trust Fund and international NGOs, including South Africa-based Natural Justice. From 2016 to 2019, the coalition conducted a campaign of petitions, protests, public meetings and workshops under the “deCOALinize” banner.

Acknowledging that it was Kenya’s decision whether to proceed with the plant, Wu expressed reluctance to engage with civil society groups: “You know the problem is who represents your people. As a country, how do we engage bilaterally? We cannot talk to each individual person. It is impossible. You have about 50 million people but you have one administration elected by your people. That is the only way as government to government.”

Save Lamu and other groups sued to halt the project. In 2019, the Kenya National Environmental Tribunal cancelled the license for the Lamu power plant project, ruling that officials had failed to carry out adequate environmental assessments or public consultations. In November 2020, ICBC withdrew from the project, as did General Electric, which had planned an equity investment.

In retrospect, ICBC and the other Chinese entities were hampered by their discomfort and unfamiliarity in navigating the political complexities posed by operating in a country with democratic institutions, an independent judiciary, and a vibrant, transnationally-connected civil society. Director of the Green Belt and Road Initiative Center Christoph Nedopil Wang observes that foreign companies have little choice but to consult with civil society since “agreements between businesses and government are insufficient to ensure the implementation of a project.”

Environmental journalist Shi Yi writes: “State-owned enterprises rarely speak to the Chinese media or public and generally do so only for self-promotion. The same approach is often followed overseas. Any public communication may need approval from the headquarters in China, and Chinese companies often discourage their employees from interacting with local people. This means company leaders may not be aware of investment risks in time.”

The evident bargaining advantages that Chinese state-owned firms enjoy in relation to many host states often produce one-sided contracts favoring China, but do not endow Chinese agents with sufficient control over the political variables necessary to project success. One-sided deals may be rejected once a strong leader assumes office, fall prey to domestic opposition, or prove financially unviable. The political Goldilocks solution sought by Chinese actors – a host country leadership too weak to drive a hard bargain but strong enough to push a project to successful conclusion against domestic opposition and financial constraints – is elusive at best. These considerations suggest limits on the possibility of projecting a “China Model” via the BRI. When it comes to Chinese infrastructure investment, perhaps Dorothy put it best: “There’s no place like home!”