Will Germany Depart from the Merkel Model on China? Beijing Will Have a Say. – The Diplomat

Will Germany Depart from the Merkel Model on China? Beijing Will Have a Say. – The Diplomat 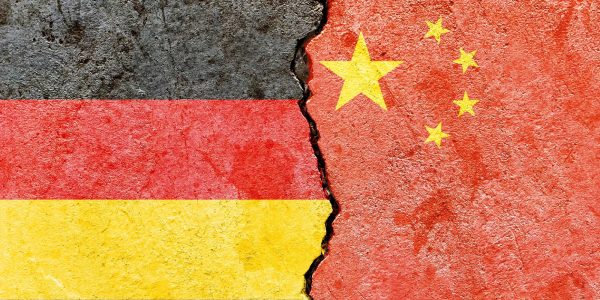 In the interplay between the new chancellor and his cabinet, the greatest determinant of Germany’s future China policy will be a third actor – Xi Jinping.

Germany’s new coalition government “dares more progress,” promising a set of relatively progressive social, economic, and electoral policies for their country through 2025. Analysts are split on implications for German China policy, but those arguing the Merkel model will persist overlook a key driver of souring sentiment: China’s own behavior.

Chancellor Olaf Scholz and his cabinet appear to disagree about the trajectory of German China policy. The battle will be between a status quo, Merkel-like approach of prioritizing economic cooperation and limiting public discussion of democratic values, in the name of trade – Scholz’s preferred option – and a more normative approach that does not “gloss over” sensitive items for Beijing, such as crackdowns on human rights.

Germany’s significant trade relationship with the mainland and the new chancellor’s pragmatic proclivities may delay a break with the Merkel model. Following release of the agreement, Scholz reportedly reassured Chinese President Xi Jinping via informal channels that no major changes should be expected in bilateral relations. Given the magnitude of Germany’s trade with China, he had reason to reach out.

On the other hand, the appointment of Greens co-leader and former chancellor candidate Annalena Baerbock as foreign minister has made such a break a real possibility. As an outspoken critic of China’s human rights practices and overseas economic coercion, Baerbock will advocate for a comprehensive China strategy that is more European, normative, and “rigor[ous].” She will be reinforced by FDP leader Christian Lindner, who joins the coalition government as finance minister, seen as the most powerful office next to chancellor. Lindner found himself on Beijing’s bad list in 2019 when he visited democratic opposition representatives in Hong Kong en route to the mainland. As a chancellor candidate, he advocated for “less kid gloves” toward China than under Merkel.

Transformations in German public opinion toward China across the past year will provide tailwinds for a tougher China approach. Few Germans in 2021 hold favorable views of China, and less than 20 percent see a close relationship with China as important.

However, in the interplay between Scholz and his cabinet, the greatest determinant of Germany’s future China policy will be a third actor – Xi Jinping. If trends continue, China’s actions at home and on the international stage promise to fuel a toughening stance in Germany and the EU more broadly. In 2021, 55 percent of Germans viewed China’s growing influence as negative, up from a third in 2017. Although not the only driver of the change, opinion soured alongside a tangible rise in Xi’s crackdown on civil liberties at home and power projection abroad over the past few years.

This behavior has intensified. The CCP’s human rights violations in Xinjiang have come to international attention, civil liberties in Hong Kong received a fatal blow with China’s introduction of the National Security Law in June 2020, and China has ramped up its excursions into the Taiwan air defense zone as Xi has militaristically pledged to prevent efforts toward the island’s independence. All the while, Chinese diplomats have ramped up their use of wolf warrior diplomacy – aggressive, occasionally ad hominem commentary – abroad, attacking critiques of this behavior in well-publicized cases, such as in Sweden and France.

The ramifications are already evident in EU policy changes. In May 2021, the European Parliament suspended ratification of the EU-China Comprehensive Agreement on Investment (CAI) after China imposed sanctions on 10 individuals and four entities in retaliation for EU sanctions on Chinese officials involved in forced labor and detentions in Xinjiang. In June 2021, the EU labeled China a systemic rival, pinpointing China’s human rights record as the key divider between the two entities.

China’s behavior is not a winning card for Beijing in Germany. Over half of Germans say the EU should strongly criticize Chinese violations of human rights, democratic values, or the rule of law, while less than a quarter say the EU should avoid conflict with China over these matters and prioritize the bilateral security and trade relationships. Even the German business community, well-known as a historic advocate for engagement with China, declared over the summer that “transformation through trade” (Wandel durch Handel) was unlikely to pan out. In this environment, it acknowledged, firms should assume responsibility for upholding European values and standards even as they continue to seek opportunities in China.

Merkel came under increasing heat for her refusal to put values at the heart of Germany’s China agenda in her final year; as one example, she was critiqued by many, including the Greens now in government and some within her own party, for a seemingly muted response to the crackdown in Hong Kong over the summer and fall of 2020. Since Beijing looks set to proudly continue practices that have drawn strong criticism in Germany and Europe, further deterioration in German political, public, and industry opinion toward China can be expected. Scholz will have a hard time sticking to “Merkelian caution” on China given these undercurrents.