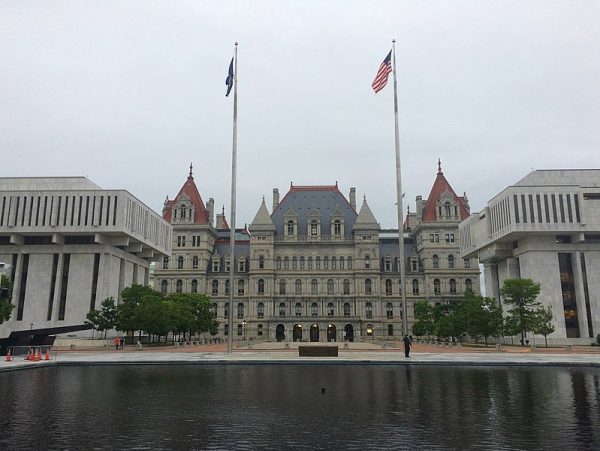 The Chinese government has a history of leveraging long-established “friendships” with actors at the subnational level to promote and advance its strategic interests. In recent years under President Xi Jinping’s leadership, this appears to have intensified. Countries around the world have raised concerns, with Australia (where the state of Victoria signed a Memorandum of Understanding with Beijing in 2018 to cooperate on the Belt and Road Initiative, with the MoU later cancelled by the federal government), the Solomon Islands (where the Central Province secretly signed a “strategic cooperation agreement” in 2019 to lease an island to a Chinese state-owned company, an act later ruled unlawful by the country’s Attorney General), and New Zealand (where the CCP’s United Front network has extended deeply into local politics) being the prime examples.

Beijing’s conduct of sowing and exploiting federal-state divisions in democratic countries through the exertion of subnational influence, especially during times of fraught relations at the national level, has also drawn public attention and come under increasing scrutiny in the United States. In June 2017, Xi met with then-Governor of California Jerry Brown during his trip to China and welcomed California to become the first U.S. state to join the Belt and Road Initiative (BRI). Brown agreed, and in October 2017, a Task Force Team on China-California Infrastructure Investment and Development was established in San Francisco. Even though the state didn’t ever join BRI officially, in 2019, California’s lieutenant governor delivered a speech, on behalf of the current governor, at the “One Belt, One Road Subnational Forum” in Beijing.

A more recent example manifested amid the ongoing COVID-19 pandemic. In early 2020, as the world was learning about Beijing’s COVID-19 cover-up, the Chinese Consulate in Chicago emailed then Wisconsin Senate President Roger Roth, asking him to introduce a pre-drafted resolution praising Beijing’s “transparent and quick” response to the pandemic as “opening a window of opportunity for the world to respond.”

This ongoing series will shed light on Beijing’s subnational influence in state legislatures in the United States. To start, I’ll look at the lawmaking body of one representative state — New York.

The New York State Legislature has a long record of promoting “friendship” with the People’s Republic of China and the Chinese government.

According to data made available by the Asian American Business Development Center (AABDC), which has been organizing trade delegations from New York to China “specifically designed for state legislators and executives of small and mid-size businesses” since the early 2000s, then-State Senator Malcolm A. Smith, in collaboration with AABDC, led the first business mission to China in 2004. In 2006, the first group of New York State Assembly members formed the New Majority Trade Mission and embarked on a similar trip. One legislator recalled, “[E]verywhere we went, gifts, tea, and the red carpet were pulled out and showered upon us.”

For the following five years, AABDC has curated at least one trip annually with support from the Chinese Consulate in New York and Foreign Ministry-affiliated Chinese People’s Institute for Foreign Affairs. The 2007 “New York State Legislators Trade Mission to China” resulted in the decision to establish the state’s first official presence in China, namely, the New York in China Center in Beijing, which opened in 2008. In 2009, the New York State Legislature and Jiangsu Provincial People’s Congress (JPPC) signed a memorandum of understanding to “establish regular communication between Offices of the President Pro Tempore of the New York State Senate, the Speaker of the New York State Assembly, and the Foreign Affairs Committee of the JPPC Standing Committee” to support exchanges and cooperation.

New York legislators have attended PRC National Day celebrations hosted by the Chinese Consulate, co-organized Mid-Autumn and PRC National Day celebrations for the Chinese-American community (for example then Senator Jesse Hamilton in 2017 and 2018; and Senator James Sanders Jr. in 2020), and most recently, co-organized an event supporting the Beijing 2022 Winter Olympics (Assemblyman Peter Abbate and Senator Andrew Gounardes), in spite of growing calls for the United States to boycott the event over human rights concerns. Among other friendly gestures, legislators have also adopted multiple pro-Beijing motions, some of which (including ones sponsored by Abbate and State Senator Joseph Griffo, who both took part in the 2011 Trade Mission to China) will be elaborated on below.

Some of their stated goals include: commemorating the anniversary of a pro-Beijing newspaper that has been designated as a foreign agent in the U.S.; welcoming Chinese President Xi Jinping ahead of his state visit; recognizing a Chinese diplomat-led delegation as individuals “whose singular objective is given to serving the advancement of democracy in the world”; and designating October 1 — the PRC’s National Day — as “China Day.” These resolutions are merely rhetorical, but the dynamics behind the legislative moves raise concerns about CCP subnational influence operations, which not only involve the Chinese Consulate but also United Front organizations in New York. The culmination of years of influence appears to be a bill that lawmakers began pushing for in late 2019 to designate October 1 as a public holiday in the state.

In June 2015, the New York State Assembly (text here) and Senate each adopted a resolution to recognize and promote New York-China relations, advance ties with Jiangsu Province’s legislature, and welcome Chinese President Xi Jinping on his first state visit to the United States.

A few months later, in September 2015, the Chinese Consulate in New York organized an event with lawmakers and invited media to celebrate the resolutions’ passage. At the time  — just weeks in advance of Xi’s visit — the Obama administration was preparing sanctions over Chinese individuals and enterprises engaged in cyberespionage.

According to state legislators, the resolutions were “inspired” by an earlier visit paid to Albany by Ambassador Zhang Qiyue, then the consul general of the Chinese Consulate in New York. Zhang’s visit took place on a Tuesday, also known as “Lobbyist Day,” as she recalled.

Assembly sponsor Peter Abbate reportedly said: “It is the first time we have seen a resolution passed on the cooperation between two countries and welcoming the president of a country on [sic] the New York State Legislature.” Senate sponsor Joseph Griffo echoed Abbate in his remarks: “This is quite an accomplishment, because we don’t get much passed unanimously in the Senate and Assembly,” he said. “This is historic.”

Around a year and a half later, on March 7, 2017, Griffo introduced a resolution co-sponsored by 30 other senators to welcome a delegation led by then-Consul General Zhang and accompanied by AABDC to the state capitol (where a Consulate-organized “China Day” event was held for the first time for state legislators) and reaffirming New York’s business ties with China.

Before the floor vote, Senator Martin Golden thanked Zhang and pushed “to cut the red tape that is holding back the Chinese government and the Chinese businesses from doing work here in this great, great state.” In particular, he mentioned “looking to grow and to expand this relationship” in “high-tech areas like biotech, alternative energy, agriculture and digital media.” As for Zhang herself, Golden called her “a great individual, a great person.”

Senator Toby Ann Stavisky noted that she has met with Zhang on a number of occasions and expressed she was delighted to welcome the consul general. She continued: “And this, I think, demonstrates the close cooperation between the People’s Republic of China and New York State and of course the entire country. The relationship is important to our country, but especially to New York.”

Senator Jesse Hamilton then rose to pay tribute to Zhang, whom he has also met on many occasions. “I stand here today as a proud Senator for a proud people in the borough of Brooklyn, my Asian brothers and sisters,” he said. “And I just want to wish you a happy Lunar New Year. And not only is it the New Year of the Rooster, it is the New Year of the Red Rooster.”

Hamilton praised the introduction of this “fabulous” resolution and went on: “China is the economic engine of the world, and economic ties with China will enhance the State of New York. So I look forward to working in New York with the Asian-American community, and China, and also on an international level. Thank you so much. Xie xie. Xie xie.” Hamilton repeated “xie xie” — Mandarin for “thank you” — several times in his remarks.

The unanimously adopted motion notably stated: “It is the sense of this Legislative Body to recognize and pay tribute to certain individuals of high standard and professionalism whose singular objective is given to serving the advancement of democracy in the world,” adding, “Attendant to such concern, and in full accord with its long standing traditions, this Legislative Body is justly proud to welcome Consul General [Zhang]… and members of the Chinese General Chamber of Commerce.”

Subsequently in 2019, the year that marked the 40th anniversary of the establishment of China-U.S. diplomatic relations and the 70th anniversary of the PRC’s founding, a measure related to recognizing China Day was also passed unanimously by the New York State Senate. That resolution will be explored in detail in the next piece in this ongoing series, as its introduction and passage demonstrates the mechanisms the CCP uses to exert influence over state legislatures in the United States.

This research was conducted in the author’s personal capacity and was not funded by NAS or any other organization or individual. The views expressed here are her own.