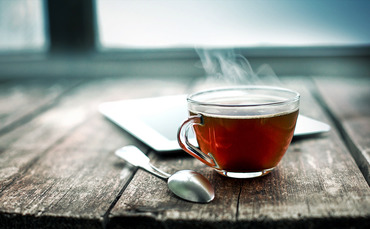 CVC Capital Partners is to acquire Ekaterra, the tea business of consumer brands conglomerate Unilever, in a deal that values the company at EUR 4.5bn.

The deal is subject to regulatory approval and works council consultations, with completion expected to take place in H2 2022.

CVC is investing via CVC Capital Partners Fund VIII, which held a final close in July 2020 on EUR 21.3bn, surpassing its EUR 17.5bn target. The fund deploys equity tickets of EUR 200m-1bn and targets businesses with enterprise values of EUR 1bn-5bn, according to Unquote Data.

The deal is to be CVC’s second in the European food and beverage sector in recent months. The GP is to acquire London and Prague-listed Stock Spirits following a GBP 767m bid issued by CVC in August, as reported.

Unilever announced in January 2020 that it was conducting a strategic review of its global tea business. Unquote sister publication Mergermarket reported in March 2020 that Unilever had mandated Goldman Sachs to explore the sale of its tea division, although the perimeters of the package had not yet been specified.

Unilever announced in July 2020 that the tea business sale was to exclude the operations in India, Indonesia and its ready-to-drink joint ventures, including its PepsiCo-Lipton joint venture.

Sponsors KKR, Jacob Holdings, Advent International, Bain Capital, Blackstone Group and Clayton Dubilier & Rice had expressed interest in the process, according to Mergermarket. However, the exclusion of several high-growth parts of the business it was feared could leave any potential future owner with challenges to find future growth, sources told Mergermarket.

In October, Mergermarket reported that second-round bids would be collected in November. Advent was in the best place to win the auction, working with GIC, one source told Mergermarket. While Cinven (which was working with Adia), CVC and Carlyle remained in the process, the same source said that all three sponsors had ESG-related concerns about Unilever’s supply-chain exposure to countries such as Pakistan and Iran.

Announced food and beverage buyouts in Europe in 2021 to date have reached more than EUR 8.5bn in aggregate value across 57 deals, with the Ekaterra deal set to bring this to EUR 13bn, a five-year high for the sector, according to Unquote Data.

Unquote explored the trends driving activity and pricing in the food and beverage sector with Clearwater International as part of the Clearwater Multiples Heatmap for Q2 2021, which can be accessed here.

Company
Ekaterra’s roots can be traced back to the foundation of the Brooke Bond tea company in 1869. The business was acquired by Unilever in 1934. It now has a portfolio of 34 tea brands, including PG Tips and Lipton. Its most recently realised brands are Pukka and Tazoo, which it bought in 2017. Headquartered in Rotterdam under the ownership of Unilever, Ekaterra posted revenues of around EUR 2bn in 2020.