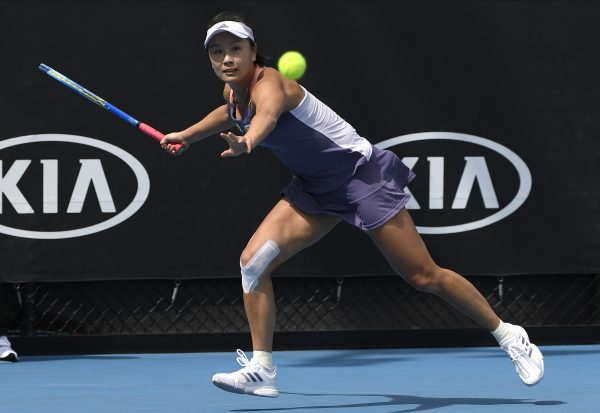 Late on Tuesday night, a bombshell dropped on Chinese social media. In a post on Weibo, Peng Shuai, a Chinese tennis star, accused former Vice Premier Zhang Gaoli of sexually assaulting her – and then taking her as his mistress for years.

It has not been definitively verified whether Peng herself made the post, and the accusations remain unverified as well. But the explosive account broke a major barrier in China’s #MeToo movement by naming a top leader of the Chinese Communist Party (CCP) as an offender.

The post describes Zhang and his wife playing tennis with Peng, then inviting her to their home. There, Zhang pressured Peng to have sex with him throughout the afternoon and evening, while Peng described herself as “scared,” “continuously crying” and “not agreeing.” Finally, after repeated badgering – including, according to the statement, Zhang telling Peng he hated her for refusing – she agreed, and the two began a sexual relationship.

Peng’s account is complicated. After the 2018 encounter, she said she was willingly in a relationship with Zhang, even saying she “loved” him. According to Peng, Zhang also repeatedly professed his love to her, but insisted it was politically impossible for him to divorce his wife. Resentment over repeated slights and frustration with their hidden relationship was apparently what caused Peng to post her story.

It is not uncommon for sexual assault victims to take up a relationship with their abusers, and Peng’s repeated expressions of self-loathing and even suicidal thoughts paint her as extremely vulnerable to such emotional manipulation. But even if we set aside the sexual assault accusations – which, to be clear, we shouldn’t – just committing adultery is verboten for a CCP elite. Although cynics assume adultery is common practice, detailed accusations can be politically fatal. Chinese officials convicted of corruption often have keeping a mistress (or more than one) listed prominently among their crimes. The CCP takes its image as moral arbiter for all of China quite seriously.

It’s unsurprising, then, that Peng described Zhang as apparently paranoid about their relationship becoming public, questioning her repeatedly about whether she was secretly recording their encounters or gathering evidence.

“Besides myself, I have no evidence or proof,” Peng declared. “No recordings, no pictures, only my real experience, which has been distorted.”

While Peng did not affiliate her post with the #MeToo movement, it is inevitably being read in that context. #MeToo has had a powerful impact on China in the past three years, sparking discussion on sexual assaults and harassment. As in other countries, the movement centers on women stepping forward to tell their stories and accuse their abusers. The most high-profile accusations have involved a university professor, a tech magnate, and a pop star – but never before has a top CCP leader been implicated so openly.

From 2012 to 2017, Zhang was a member of the Politburo Standing Committee, the seven-member body that serves as the top echelon of political power in China. The main story in Peng’s post described an assault in 2018, after Zhang had retired from politics, but she mentioned they had had sex before, in Tianjin in 2011, before Zhang was promoted to the Politburo Standing Committee. (The 2011 sexual encounter is not described as a rape, but given Zhang’s political importance – he was the party secretary of Tianjin at the time – it would have been difficult to reject his advances.)

Lu Pin, a prominent Chinese feminist and the founding editor-in-chief of Feminist Voices, said on Twitter that Peng’s post is “extremely important” because it allows people a rare glimpse at the lives of China’s top leaders: “Their excessive abuse of power, corruption, and their lives usually can only be imagined… In fact, they have always been this rotten and depraved, including continuously exploiting women, only it’s always been concealed. So, ‘speaking up’ is incredibly important.”

The post was deleted from Weibo almost immediately, but screenshots are still available online. The social media discussion was quickly censored as well – Weibo did not allow users to post using the words “Zhang Gaoli” or “Peng Shuai,” and comments were closed on several major sports forums. On Twitter, Alexander Boyd tracked the evolution of new slang terms as netizens tried to keep ahead of the censors. Besides the obvious terms like Zhang Gaoli and Peng Shuai, even the Chinese word for tennis was blocked, Boyd said, as were several variations on the names (including “Zhu Geliang,” a famous military strategist in ancient China).

Lu positioned Peng’s revelations within the broader context of China’s #MeToo movement, writing that each victim who dared to share her story inspired the next, and the next. Since July 2018, she said, the #MeToo movement has grown through “victim after victim’s individual reports, like Peng Shuai’s.”

Peng’s statement shows “she has a lot of shame and self-blame… But the important thing is that, like other victims, she knows from the bottom of her heart that all of it was unjust, that she was bullied.” In that sense, Lu said, Peng’s statement is “highly consistent” with the stories of other #MeToo victims.

“Mass media hardly ever reports [on #MeToo accusations] and there is too much censorship on social media, but the MeToo effect is still constantly rising, constantly breaking through the barrier of what cannot be spoken,” Lu wrote.

“MeToo does not follow a straight line, nor does it have a final objective. And from beginning to end, it has always been extremely fragile. To throw yourself into this kind of indefinite process, where nothing is promised to you, this is a kind of female morality. At the same time, we know there will definitely be another person to step forward, in a way that is impossible to imagine right now.”

As Peng wrote: “Even if it’s like throwing eggs at a rock, or a moth flying into a fire, seeking my own destruction, I will tell the truth about what happened with you.”