Western Investors Are Divided on Buying Chinese Assets, With Good Reason – The Diplomat

Western Investors Are Divided on Buying Chinese Assets, With Good Reason – The Diplomat 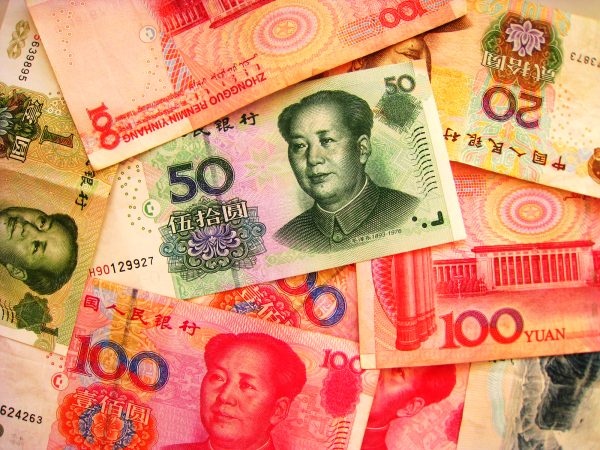 As Evergrande looks set to flunk its test on foreign bond repayment and new regulations roil markets, Western investors are divided on how to view Chinese assets. Some view offshore Chinese corporate bonds as a bargain, looking to buy the dip, while others are staying far away from adding such investments to their portfolios. While some overseas investors continue to look at firm fundamentals and the relative significance of target firms in the economy, others are focused on the direction of the financial and real economies under Xi Jinping. Opinions on each of these focuses vary greatly.

The Evergrande and regulatory uncertainty problems represent two separate issues that China’s economy struggles with. The first is an intrinsic capacity for risky Chinese firms to become overly indebted, as I have written about here. The second is the uncertainty as to if, when, and how China will regulate particular sectors, especially the technology sector. Frankly, no one except Chinese regulators and Communist Party insiders knows what specific regulations can be expected, as they do not follow the regulatory process or structure used in the West.

If the regulations in recent history had been light, this would not be a problem for investors. Investors could simply move on with their daily business. However, the regulations and/or regulatory probes that have come down from Beijing have been game changers in some cases, especially in the anti-monopoly investigation and regulation of Alibaba and the data security and M&A investigation of Didi. These major private firms had risen to international acclaim, and the timing of new regulations around overseas IPOs raised suspicion among Western investors that China’s aim was to punish firms that go abroad. In fact, Keith Zhai of the Wall Street Journal reported that Chinese officials were contemplating a ban on internet companies with large amounts of user data from listing abroad.

Furthermore, we know that China is going to implement additional regulations in the next five years, so potentially more impactful rules are to be expected. The Implementation Outline for Building a Government under the Rule of Law (2021-2025) states that China will “actively promote legislation in important areas such as national security, technological innovation, public health, culture and education, ethnic religion, biosecurity, ecological civilization, risk prevention, anti-monopoly, and foreign-related rule of law.”

This extremely broad outline, with a directive to regions and departments to implement it, provides very little information about what new regulations can be expected in the coming years. While improving the legal system and rule of law is certainly welcome, it is unclear how regulatory bodies will interpret this directive, and whether new regulations will represent a radical departure from the status quo.

Foreign investors want to know whether ongoing regulations help or hurt asset values over particular investment horizons. Insufficient regulation can result in an asset price bubble that bursts when excessive risk results in asset failure, but too much regulation can constrict possible returns. There is a fine line between the two, and it is unlikely that China’s Communist Party is interested in walking it, as asset profitability has been given secondary importance to social stability and party doctrine.

Scenario planning is therefore essential prior to investing in China, taking into account possible regulatory directions. In the worst-case scenario, a firm might be restricted to performing core functions while stripping off the bigger, headier innovations. In other scenarios, firms may be forced to pay fines and/or make costly corrections to business processes that shock profitability in the short to medium run. Right now, there are not enough precedents to properly weigh the likelihood of each scenario.

However, some things are unlikely to change. Chinese firms are likely to favor domestic over foreign investors when it comes to repaying debt obligations. Companies that carry out government innovation directives narrowly while kowtowing to regulators are less likely to be targeted than those that innovate broadly and ignore regulatory warnings. Regulators are especially focused on industries that are strategic and/or critical to social stability. This means that we can use some rules of thumb when assessing the viability of future investments.

This makes investing in China even trickier than usual. Debt has been a problem for years, since China tried to overcome a growth slowdown associated with structural change and the global financial crisis. Until 2020, the regulatory issue didn’t seem major, aside from sporadic crackdowns on targeted industries. This time is different, since regulations cross a wider range of industries, are more substantial, and are unknown and seemingly tied to ideology. Going by rules of thumb, being guided by expert opinion, and using traditional financial analysis can help investors to understand potential risks and rewards, although not without a new level of uncertainty.