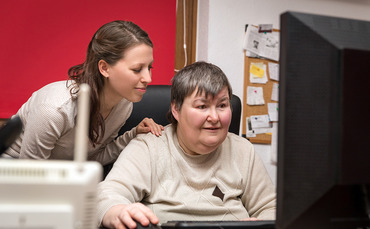 Intriva was formed in 2017 and is headed by managing partner Simon Finn (formerly of Apollo Global Management). The GP generally invests in special situations in the western European market, aiming to create sustainable value via strategic, operational and financial improvements.

According to press reports, the GP is now on the road for its second fund, which has a EUR 300m target.

Following Intriva’s investment, Sequence intends to develop new homes to care for residents with learning disabilities and physical disabilities. The company also plans to make add-ons in the UK.

Virgin Money has provided senior debt to back the deal.

Unquote sister publication Mergermarket reported in November 2020 that Sequence was up for sale, with Grant Thornton advising on the process. Sources told Mergermarket that the company posted around GBP 7m in EBITDA.

Horizon Capital is a spin-off from Lyceum Capital, which announced in 2018 that it planned to raise capital on a deal-by-deal basis and to halt fundraising for its fourth vehicle, as reported. Horizon continued to manage Lyceum’s existing portfolio companies, participating in a tender offer to buy stakes from LPs who wanted to exit their investment.

The GP acquired a minority stake in Sequence Care (then known as CuroCare) in a GBP 25m deal in 2013. Lyceum invested via its third fund, which held a final close in May 2013 on its GBP 330m hard-cap. The fund invested tickets of GBP 5m-50m in UK-based companies operating in fragmented markets.

Horizon Capital raised its first fund following the spin-off in 2018. Horizon Capital I held a final close in October 2018 on GBP 200m. The fund makes investments of GBP 10m-50m and saw the team shift its focus to backing UK-based technology and services businesses.

Sequence Care is no longer listed as a current or realised portfolio company of Horizon Capital on its website; however, the GP is still a party with significant control in the company, according to Sequence Care’s public filings.

Horizon Capital had not responded to a request for comment at the time of publication.

Unquote reported earlier this month on the upcoming UK social care reforms and their potential impact for private equity activity in the sector, concluding that PE players remain optimistic about the prospects for investment in the sector, with opportunities expected to arise from demographic change, and the integration of technology and data into care models.

The company employs more than 760 staff across its 37 care and supported living homes in London and the south of England.