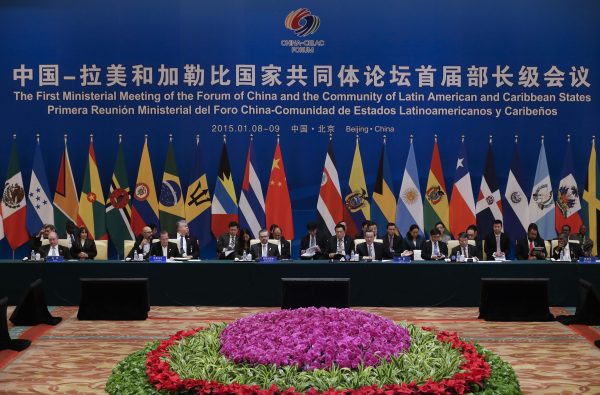 During the Cold War, the United States had a clear opponent, the Soviet Union, and a strong understanding of their intentions and capabilities. The Soviet Union encouraged aggressive anti-U.S. narratives, increasing its influence and, eventually, engaged in political interventions that led to the installation of communist and socialist governments – subservient to Moscow’s wishes and instructions.

Many analysts treat the tensions between the United States and China as a prelude to a Second Cold War; in so doing, they miss China’s complexity. For example, in Latin America, China does not seek political influence via structural changes in the governments. While the Soviets anchored themselves in the power of their ideological narrative and the eloquence of some regional leaders, China does not bring an ideological narrative to the table. Directly or indirectly, China establishes different levels of dependency in countries that expand over time and merge or deepen depending on the profile of each country. While trade dependence is visible and growing in Brazil – with a large part of ore and grain production going to China – there is a mix of trade dependence (on grain and meat) and financial dependence (flows of credit lines continuous) in Argentina.

As China explores new opportunities for interaction with countries in Latin America, the United States is reinforcing its warnings that the deepening of these relations will result in a level of dependency that has no return. This message is not impossible for Latin American leaders to understand; however, highlighting the long-term risks is not enough to inhibit the pursuit of short-term gains.

Historically, the United States has approached the region as an inexhaustible source of problems. If we look at U.S. priorities in the region, we see that fighting drug trafficking, illegal immigration, and corruption are at the top of the list. Consequently, U.S. diplomatic engagement with Latin American leaders includes dire warnings of a future committed to China, while ignoring the fact that the U.S. itself faces many issues in the present.

Culturally, Latin America is very fond of the United States. The penetration of American soft power, characterized by the consumption of goods and entertainment, continues to be an important and positive point for the U.S. However, as long as the U.S. continues to see the region as a source of problems, the region will not shy away from looking to China for everything it would have liked to get from a closer relationship with the United States.

China has a seemingly simple approach – but with a complex execution – involving multiple actors within the firm and unambiguous leadership of the Chinese Communist Party. In countries with a greater degree of institutionality, the Chinese government tends to instruct Chinese companies and government organizations to develop ties with municipalities, state governments, and companies linked to the sectors of interest.

From the development of these relationships, the pressure on the federal government on issues of interest to China is exercised by internal allies (municipalities and state governments tied to advantageous partnerships and companies concerned with regulations that could harm or improve their export flows). Thus, the source of the Chinese lobby is not the Chinese government itself, but local players with clear interests in maintaining or expanding healthy and profitable relationships. This is much more effective, as the strain on bilateral relations is occasionally neutralized.

A good example of this is the communications company Huawei. In 2020, the company feared that the Brazilian government would exclude it from participating in the 5G auction as a provider, so it decided to offer its 5G kits to agribusiness companies, boosting their connectivity capabilities and directly provoking Brazilian entrepreneurs and producers on the issue.

In countries with a lower degree of institutionality, where a large part of the decision-making process is not divided among various players and powers, the Chinese approach tends to be top-down. Venezuela and Argentina are good examples of this. The transversality of matters and interests of both countries with China tends to facilitate multiple simultaneous negotiations.

Due to the high degree of institutionality and compartmentalization in the U.S. government, there is a clear difficulty in broad engagement on specific topics related to technology, agriculture, foreign trade, and financing in the same conversation, without involving a huge apparatus of prior internal negotiations. In the Trump administration, for example, while a free trade agreement with Brazil seemed to be on the table, the Office of the U.S. Trade Representative showed no interest in proceeding with a serious consideration of this possibility.

In its conversations with governments such as Venezuela, Argentina, and Nicaragua, by contrast, China manages to mix different topics in complex negotiations, due to the enormous degree of centralization in Beijing’s decision-making process. China is also able to take advantage of the low level of institutionality on the other side, which normally coincides with an exacerbated level of centralization. This facilitates the unfolding of agreements, as in the debt negotiations between Argentina and China, which generated an opportunity for the Chinese to install a space observatory base in Neuquen (without Argentine access), as well as securing priority in projects such as Vaca Muerta (natural gas).

The United States cannot base its entire strategy for containing China in Latin America on merely warning countries of the risks of becoming deeply involved with Beijing. The Latin American political apparatus operates on the short term, while warnings tend to be long term. For local politicians with populist characteristics (whether left or right), the opportunities that China offers within domestic electoral cycles are greater than the long-term risks. Of course, it is easy to understand that the funding power of the U.S. faces bureaucratic hurdles that China’s does not. At the same time, the centralization of decision-making in Beijing streamlines things in a way that a Western democracy cannot.

The key is to understand the medium- and long-term strategy and offer alternatives for engagement. Solid and sincere partnerships between the U.S. and Latin American governments, with a focus on opportunities and not just problems, would generate a more fluid dialogue, which could encourage Latin American leaders to more seriously consider the warnings issued by Washington regarding China’s influence. Furthermore, if it cannot fight on all fronts (commercial, economic, financial), the U.S. can focus on what is most important in the medium term.

This brings us to the point of technological dependency. Beijing has been working toward specializing its “soft power” in the technological sector, more specifically, in its hardware products and entertainment software, social media platforms, e-commerce, etc. Dozens of thermal cameras were donated to the Nicaraguan government without a second thought. A previously non-existent dependency (on thermal cameras) was created without much effort. The trend is that, in the long term, the Chinese cameras will not be exchanged for others in Nicaragua, reserving a potential market for China and excluding American and European competitors.

Of course, the U.S. cannot finance everything, but it can focus on a specific area, like technology. Bodies similar to the Development Finance Corporation could, in theory, develop exclusive credit lines for technology products for government use.

It all starts with an understanding. It’s not that China understands Latin America better than the U.S. Rather, China has a pragmatic approach that fits the profile of Latin American governments and leaders. Without a full understanding of how this approach is made, the U.S. will continue to mishandle the region and treat it as no more than a source of headaches.