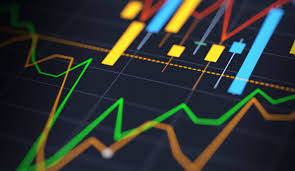 The wealth management vehicles of commercial banks in China are diversifying their investments with forays into the private equity (PE) market that are increasingly being made via limited partnerships.

At least ten out of the 21 bank wealth management subsidiaries that have commenced formal operation in China have made private equity investments, including those belonging to big state-owned lenders Agricultural Bank of China (ABC), China Construction Bank (CCB) and ICBC, as well as those of smaller lenders such as China Everbright Bank, China Merchants Bank, Industrial Co., Ltd., China CITIC Bank, Huishang Bank, Bank of Hangzhou and Bank of Suzhou.

The subsidiaries made the PE investments via either limited partnerships, which entails investment in equity investment funds, or direct investment in the equity of unlisted firms.

The limited partnership model is becoming increasingly popular, with China Construction Bank, ICBC, Industrial Bank, Bank of Hangzhou, Huishang Bank and Bank of Suzhou’s subsidiaries all making use of them as their chief channel for accessing the market.

China Merchant Bank’s subsidiary made a capital contribution to Junlian Xinhai Fund (君联新海基金), becoming the first in the sector to contribute capital to a market-based mother fund.

CCB’s subsidiary is the biggest private equity investor in the wealth management subsidiary sector, with industrial and commercial data indicating that it had taken stakes in three external investors, including: