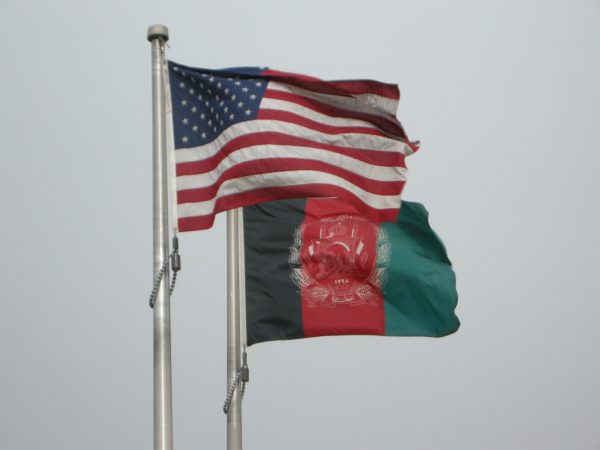 Foreign Minister Wang Yi told his U.S. counterpart that China is willing to help promote the soft landing of the Afghan issue” and avoid “humanitarian disaster.”

China has expressed a willingness to hold talks with the U.S. to promote a “soft landing” in Afghanistan, while heavily criticizing Washington and again demanding that the Biden administration halt its attacks on China.

Foreign Minister Wang Yi, in a phone call Monday with U.S. Secretary of State Antony Blinken, blamed what he called America’s “hasty” military withdrawal for the chaos accompanying the Talibain’s seizure of power in Afghanistan, according to a Foreign Ministry statement dated Tuesday.

“China is willing to conduct communication and dialogue with the U.S. to promote the soft landing of the Afghan issue and avoid a new civil war or humanitarian disaster … and not let it become a breeding ground and shelter for terrorism once again,” Wang was quoted as saying in the call.

Ahead of the final withdrawal of U.S. troops, the Taliban have topped the Afghan military and government, entering the capital, Kabul over the weekend.

Wang said that China and the United States should cooperate on global issues and regional hot spots, but that “the U.S. cannot, on the one hand, deliberately curb and suppress China to damage China’s legitimate rights and interests, and on the other hand, count on China to offer support and coordination.”

A one-sentence State Department statement said that Blinken and Wang spoke about developments in Afghanistan including the security situation and respective efforts to bring their citizens to safety.

The Biden administration has been seeking China’s cooperation on issues such as climate change, while criticizing China over differences on trade and technology, security in the Asia-Pacific region and human rights.

Henry Storey, a political risk analyst based in Melbourne, Australia, said that Wang is trying to portray China as a responsible international stakeholder in contrast to America’s history of intervention in other countries.

“The reference to the U.S.’s ‘hasty withdrawal’ and Afghanistan being a ‘breeding ground and shelter for terrorism’ alludes to China’s clear anxieties around how instability in Afghanistan may impact China and the broader region,” Storey said in an email response to questions.

Wang called for strengthened strategic cooperation and coordination with Russia to encourage the Taliban to adopt mild and prudent religious policies and build an open and inclusive political structure with all parties, a Chinese Foreign Ministry statement said.

China has shown a willingness to engage with the Taliban, inviting leaders to a meeting with Wang in the Chinese city of Tianjin last month.

Wang urged the group to negotiate a peaceful end to the two decade-old conflict and not shelter terrorists it says threaten security in its restive northwestern region of Xinjiang.

China, which shares a narrow border with Afghanistan, says the East Turkestan Islamic Movement has been behind violent attacks in the past. It’s not clear what sort of presence the group currently has in Afghanistan.