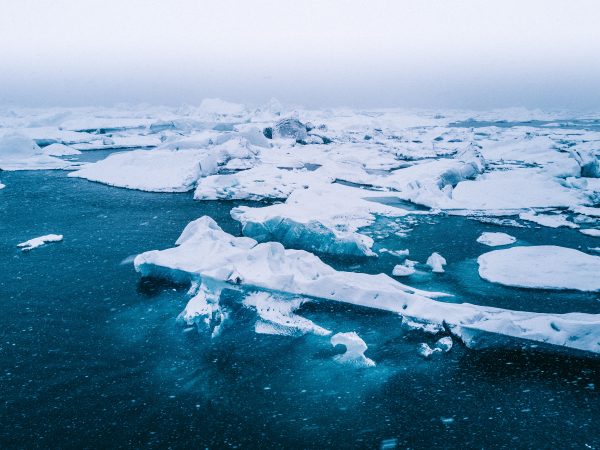 On May 9, the Chinese government finally approved the Agreement to Prevent Unregulated High Seas Fisheries in the Central Arctic Ocean (CAOFA) and will subsequently deposit the instrument of approval with the government of Canada. The CAOFA was signed on October 3, 2018 by the five Arctic Ocean coastal states – Canada, Denmark (acting on behalf of Greenland and the Faroe Islands), Norway, Russia, and the United States – together with China, the European Union (EU), Iceland, Japan, and South Korea (the so-called “Arctic 5+5”).

According to Article 11 (1) of the CAOFA, the agreement will enter into force 30 days after all signatory parties have deposited their instruments of ratification with Ottawa. China is the last country among the Arctic 5+5 to approve the CAOFA; the agreement is thus expected to enter in force this month.

The CAOFA will fill in a gap of Arctic fisheries management, marking a milestone for the protection of Arctic environment under international law. This piece aims to review China’s engagement with the CAOFA negotiations, discuss potential reasons behind the slow approval process of the agreement, and share some initial thoughts on the future of Arctic fisheries governance given China’s rise.

The Arctic Five has long self-claimed a stewardship role in the Arctic. Nevertheless, the United Nations Convention on the Law of the Sea (UNCLOS) provides states the freedom to fish in the high seas. The central Arctic Ocean (CAO) around the North Pole is the high sea portion of the Arctic, where non-Arctic states enjoy certain fishing rights. The CAO used to be ice-covered, without commercial fishing activities, and therefore was out of sight of any regulatory effort. Due to climate change, however, a warming Arctic is witnessing fish moving northward. Consequently, commercial fisheries in the CAO may occur in the foreseeable future.

The initiative to adopt the CAOFA, led by the United States, dates to 2007. However, the Arctic states realized that cooperation with key high-sea fishing states was necessary to achieve effective fisheries management in the CAO. On July 16, 2015, the Arctic Five adopted the Declaration Concerning the Prevention of Unregulated High Sea Fishing in the Central Arctic Ocean, known as the Oslo Declaration. China, the European Union, Iceland, Japan, and South Korea were invited to participate in negotiations for the regulation of potential fisheries in the central Arctic Ocean.

China now boasts the world’s largest distant water fishing (DWF) fleet, with 2,654 fishing vessels operated by 169 DWF companies on the high seas of the Pacific, Indian, Atlantic, and Southern oceans, as well as in the exclusive economic zones (EEZs) of 42 countries. It is clearly stated in China’s 13th Five-Year (2016-2020) Plan for the Development of the National Distant Water Fishing Industry that “China will pay more attention to and join other parties in issues related to Arctic fisheries and participate in Arctic fisheries surveys and management.”

Largely because no commercial fisheries have yet opened in the CAO, the Chinese delegation quietly attended all the CAOFA negations and science meetings: in Washington, D.C. (December 2015 and April 2016), Nunavut (July 2016), Tromsø (September 2016), Tórshavn (November/December 2016), Reykjavik (March 2017), Ottawa (October 2017) and finally Washington, D.C. (November 2017). Despite its under-the-radar presence, the talks marked the first time that China, as a non-Arctic state, was sitting equally with Arctic states to negotiate a treaty for the region.

China paid particular attention to issues such as the Program of Scientific Research and Monitoring (Article 4.2), the step-wise approach toward the establishment of a regional fisheries management organization for the CAO, as well as the duration of the agreement to ban commercial fisheries, which as a political compromise was set for 16 years (Article 13).

Although China was supportive of the adoption of the CAOFA and signed it alongside the other nine parties, it took nearly three years for the Chinese government to approve the agreement.

According to Article 7 of the Law of the People’s Republic of China on the Procedure of the Conclusion of Treaties (PRC Treaty Law):

It is provided by Article 8 of the PRC Treaty Law that:

Given the CAOFA was only approved by the State Council, this means the CAOFA is not categorized as an important agreement by the Chinese government. It is therefore unusual for China to approve an international agreement, which was already agreed through serious negotiations, through such a lengthy process.

In the author’s opinion, rising geopolitical tension between the United States and China during the Trump era has played a significant part in China’s slow approval of the CAOFA. China was clearly defined as a threat to the rules-based order in the Arctic by the U.S. Department of Defense’s Arctic Strategy in 2019. When the Trump administration approved a plan in 2020 to build more polar icebreakers, it was obvious that security concerns outweighed environmental considerations, while competition rather than cooperation had become the watchword for the United States’ Arctic policy.

Since the inauguration of Biden administration in January, bilateral relations between the United States and China have remained tense but there are positive signs for cooperation in areas of shared concern, such as climate change. John Kerry’s trip to Shanghai in April 2021 led to the U.S.-China Joint Statement Addressing the Climate Crisis. The approval of the CAOFA is a latest signal from China that it is willing to cooperate with the West on certain issues, the Arctic being one.

Furthermore, we must not ignore the fact that China approved the CAOFA at the beginning of the Russian Chairmanship of the Arctic Council in May 2021. In 2019, China and Russia agreed to upgrade the bilateral relations to a “comprehensive strategic partnership.” This partnership specifically includes Arctic cooperation.

The entry into force of the CAOFA marks a new beginning for fisheries management in the changing Arctic. In recent years, China has been pushing a narrative of “balance between the environmental protection and rational use” for global ocean governance, including in the polar regions. For example, China’s 2018 Arctic Policy White Paper states that “conservation in a scientific manner and of rational use” is China’s stance regarding the governance of marine living resources in the Arctic high seas. Even though the CAOFA does not mention “rational use” at all, this term is echoed by the Priorities of the Russian Chairmanship of the Arctic Council 2021-2023.

The Preamble of the CAO Agreement states that:

In the years to come, during the period of 16-year ban on commercial fishing in the CAO, it is expected that China will pay close attention to “understand” potential fisheries opportunities in the CAO, actively participate in the Joint Program of Scientific Research and Monitoring, and conduct exploratory fishing. However, although all parties agreed upon a “step-wise” approach to adopt the CAOFA, the next step – either to continue the ban or to establish a regional fisheries management organization to sustainably manage fishing  – may become a major tension point between China and the West in the foreseeable future.