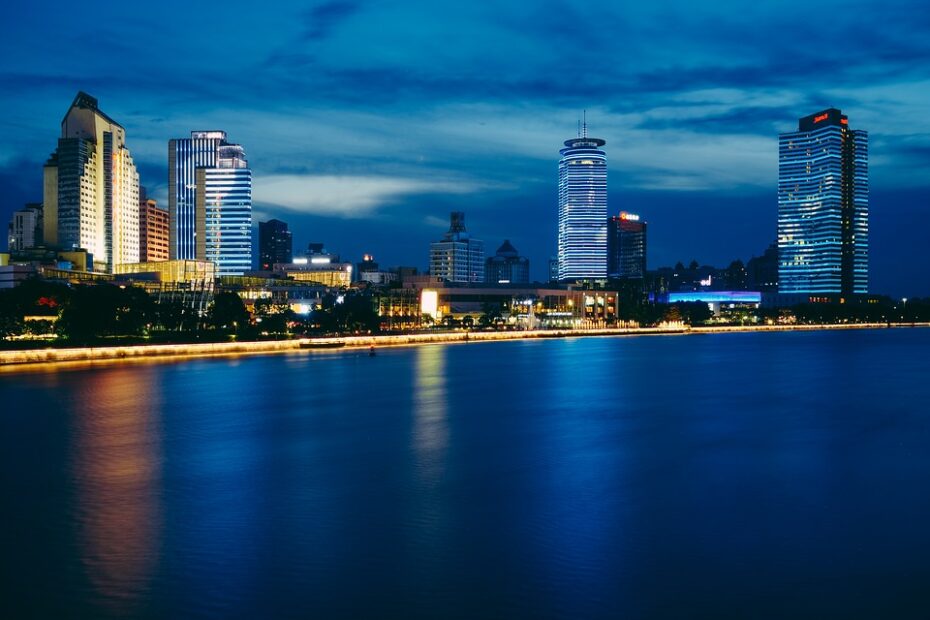 The Zhejiang province port city of Ningbo just south of Shanghai is investing heavily in the development of the local blockchain sector following the release of an ambitious industry plan in 2020.

One example is the “Small and Medium-Enterprise Financial Guarantee Blockchain Data Real Time Tracking Platform” (中小企业融资担保区块链数据实时监控平台), which has helped over 200 SME’s in the Haishu district to obtain over 600 million yuan in guarantees.

In May 2020 Ningbo released the “Ningbo Municipal There Year Action Plan (2020 – 2022) for Accelerating the Development and Innovation Applications of the Blockchain Sector” (宁波市加快区块链产业培育及创新应用三年行动计划（2020-2022）).

The Plan calls for making blockchain development a “new growth point of the city’s digital economy,”as well as transforming Ningbao into a “blockchain growth high ground with nationwide influence” by 2022.

In November of 2020 Ningbo also officially launched the Ningbao Blockchain Industry Energisation Centre (宁波市区块链产业赋能中心), to drive plans to create one to two blockchain industry parks in the city.

The “2021 China Municipal Blockchain Comprehensive Index Report (Second Quarter)” (2021年中国城市区块链综合指数报告（第二季度）) puts Ningbo in the third-tier of Chinese cities assessed by the report, alongside 23 other cities including Chengdu, Suzhou and Haikou.

Beijing was the one city in the first-tier, while there were five cities in the second-tier, including Shanghai, Shenzhen, Guangzhou, Hangzhou and Changsha.