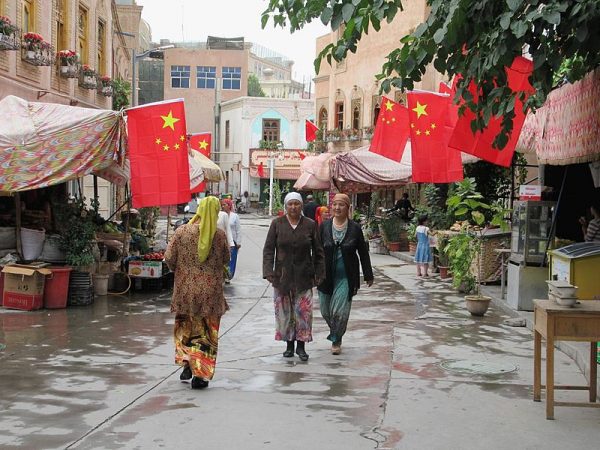 Chen Quanguo’s likely promotion in 2022 opens the need to find a strong, competent party secretary for Xinjiang who has experience in ethnic affairs policy. Chen Run’er’s rapid rise and recent promotion to Ningxia Hui Autonomous Region should signal that he is being groomed for party secretary of one of the more powerful ethnic autonomous provinces as in 2022.

Under Xi Jinping, provincial party secretary positions have become more important and powerful than the provincial governors. Party secretaries were nominally the ultimate authority at provincial level previously, but Xi’s restrengthening of party over state and of center over local has meant that the 2017 and now the 2022 provincial party secretary positions are more important than they were in 2007 or 2012. Ethnic autonomous regions like Xinjiang are also now more central to CCP plans and no longer policy or career testing grounds, meaning experience in running a large ethnic minority autonomous region now carries political capital.

Chen Run’er was party secretary of Heilongjiang and Henan before being recently appointed as party secretary for Ningxia Hui Autonomous Region. Ningxia’s Hui are a people deeply connected to Central Asia – the population was split by the expansionist Qing wars against the Dzungar Khanate, resulting in a polity of integrated Hui in Ningxia and a much smaller émigré population of Dungans in Kazakhstan and Kyrgyzstan. Chen also previously served in northeast China’s Manchuria, the ethnic polity most successfully integrated into Han China, with the native Tungusic language, once an official Imperial language, now effectively extinct.

Developments through the Xi era mean that the ethnic provinces are no longer peripheral places for long career-building tours of duty. The central locus of the Belt and Road and China’s Indian Ocean strategy are in Xinjiang and Tibet, meaning a trusted core clique is needed to govern the next stage of policy development now in planning for 2022-2027.

A possible Chen Run’er appointment to Xinjiang could represent an attempt to show a softer touch. Chen Quanguo implemented the hard regional policies and the center is now dealing with the resultant geopolitical damage, including instituting a media spin campaign. Chen Run’er is not as ambitious a climber as Chen Quanguo was. He can then be a more pliable man for Xi in Xinjiang, continuing the policy movement already set in pace, but also be trusted to not implement any harder policies or deviate too far from the center’s stated policy goals already set in motion. Being fast-tracked into ethnic policy management must indicate some central purpose for a cadre who set out on a basic CCP career in Hunan and Henan and primarily trained in agronomy.

Chen’s career path before the vice ministerial cadre level promotion had been one of quiet regional plodding. His long time at lower levels of cadre rankings, though, allowed him to gain experience in many lateral positions. The ten levels in the Communist Party cadre hierarchy determine which geographic public administration units the cadre can work at, and these correspond to functional job titles and positions across the party-state. The hierarchy is integrated horizontally as well as vertically, such that moving between party, state, legislative, and administrative positions is possible at the same cadre level. For example Chen spent a year as deputy party secretary at Hunan Department of Geology and Mineral Resources before spending two years as in the state position of mayor at Xiangtan Municipality, then as a full party secretary of Xiangtan, a lower level municipality. All of these positions were at the vice ministerial cadre level.

After Chen’s promotion to the ministerial level, he then spent seven years in the dual positions of party secretary of Changsha and on the provincial standing committee of Hunan. Chen’s was the portrait of a regional career until he was picked out by the Xi administration in 2013. He is now being run hard at the end of his career. His three years as deputy party secretary in Heilongjiang saw him narrowly avoiding the corruption cut in Xi’s first purge. He then spent three years, 2016-2019, as deputy party secretary and governor of Henan. In 2019 he was elevated diagonally to Ningxia Autonomous Region as party secretary. A low-flying alternate member of the 17th and 18th Central Committees (2007-2017) Chen became a full member for the 19th Committee, and with one promotion left is a wild card for Xi to deploy.

Chen Quanguo is likely to be promoted out of Xinjiang into a central position at the 20th Party Congress in 2022. This frees up an important party, Politburo, state, and geopolitical position. In April 2021, Chen published an article in Qiushi, signaling his party credentials ahead of the 2022 Party Congress. The article centered on the drab rhetoric of poverty alleviation, economic development, and strengthening the line that ethnic minorities’ economic development is dependent on the CCP. The essay, though, was really a chance for Chen to try his hand at central-level party communication: demonstrating competencies in fulfilling previous party goals and putting his case forward for further promotion at the upcoming Congress. This is something akin to a primary speech in the United States, laying one’s policy cards out on the table.

Given his fast-track to Ningxia, Chen now has the opportunity for a difficult but career-defining promotion. Chen could be being groomed for Inner Mongolia or Tibet, but that would put him out of contention for 2022 Politburo. For him to be in the 25-person Politburo he would have to either be put in charge of Xinjiang or possibly one of the party positions. He does not have the portfolio experience to suggest any particular party position, though.

Chen’s would be a remarkable rise into the Politburo, indicative more of the new faction of Xi loyalists than of any policy competency or leadership potential. Chen is thus a useful politician for Xi, and while deploying him to Xinjiang might not be the most inspired move from a governance perspective, it does stack a central control line in the Politburo. If Xi is going for a third term or at least seeking to maintain power behind the throne, a party stalwart is needed in Xinjiang.

The governance of Xinjiang, Inner Mongolia, Tibet, and Ningxia have become more important positions for the CCP as the Belt and Road Initiative pushes the China model out along the Gansu corridor and into Eurasia. For Kashgar, Khorgos, Turpan, and Lanzhou to become genuine import gateways to China’s geoeonomic partners in Eurasia and the Indian Ocean, the center will need to ensure adequate control of these borderlands. Whichever ethnic autonomous region he is posted to, Chen Run’er will have a difficult job ahead. Whoever is to lead Xinjiang from 2022 will represent the party through the developing narrative crises of Xinjiang governance.