How Are Taiwan’s Diplomatic Allies Faring in the Great Vaccine Race? – The Diplomat 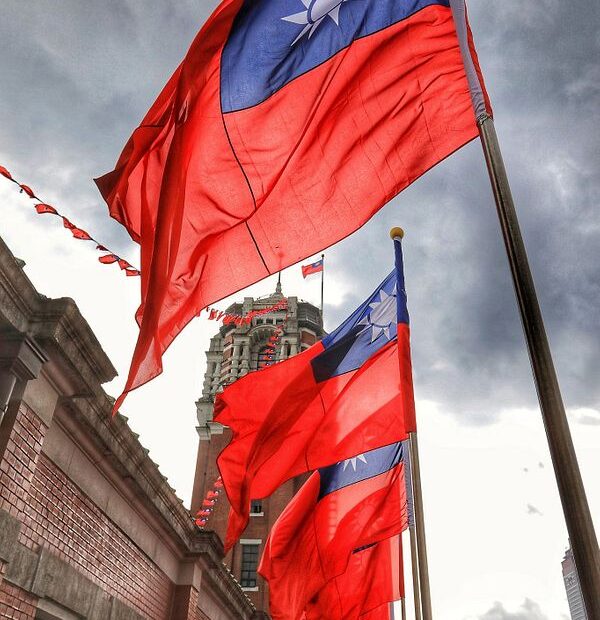 China has emerged as the world’s largest provided of COVID-19 vaccines, having sold or donated over 200 million doses of its Sinopharm and Sinovac jabs, enough to fully vaccinate over 100 million people. By contrast, the next leading exporter, the EU, has sent just 82.3 million doses abroad. China is by far the leading provider of vaccines to the developing world, where countries have struggled to access any inoculation doses at all.

What does that mean for the 15 countries around the world that recognize Taiwan – and thus have no access to China’s vaccines?

It’s certainly an issue of concern for Taipei. Back in April, Taiwan’s Foreign Minister Joseph Wu accused China of “flexing its muscles” and using vaccine diplomacy to try to win over Taiwan’s diplomatic allies. “If you look at those countries that are receiving the Chinese vaccines, whether it’s Brazil or Chile or El Salvador, I think it’s having lots of impact on our diplomatic allies,” Wu said at the time.

Yet an investigation by The Diplomat shows that Taiwan’s 15 diplomatic allies – Belize, eSwatini, Guatemala, Haiti, Honduras, the Marshall Islands, Nauru, Nicaragua, Palau, Paraguay, Saint Lucia, St. Kitts and Nevis, St. Vincent and the Grenadines, Tuvalu, and the Vatican – are not doing markedly worse on vaccine provision than their near neighbors. Nor are they doing noticeably worse than the seven countries to have switched their diplomatic recognition from Taipei to Beijing since 2016.

Of those countries, two – the Marshall Islands and Palau – have benefited from their Compacts of Free Association with the United States, which resulted in access to U.S. vaccines. In Palau, for instance, over 80 percent of the population has received at least one dose of a vaccine, making it one of the top performing countries in the world. The Marshall Islands sits at 69.2 percent, still far above the global average of 24.7 percent, or the average for Oceania of 18.6 percent.

Haiti is on the other end of the scale. It’s one of the few countries in the world that has not even started vaccinations – in part because its government rejected an initial offer of AstraZeneca doses amid widespread concerns about possible side effects.

Meanwhile, the Dominican Republic, which occupies the other half of the island of Hispaniola has at least partially vaccinated 46.7 percent of its population – largely thanks to the provision of vaccines from China. The Dominican Republic, which switched its recognition from Taiwan to China in 2018, may have good reason to be thankful for its timing – it has purchase 10.8 million doses of Chinese vaccines, and been gifted another 50,000.

It’s doubtful, however, that merely having a diplomatic relationship with China would have cured Haiti’s COVID-19 vaccine woes. The country has been suffering from deep-set political turmoil, which culminated this week in the stunning assassination of Haitian President Jovenel Moïse. As one expert put it, “So you name it, in terms of instability and institutional decay, you have it at the moment in Haiti” – meaning the lack of diplomatic relations with China is hardly a major factor in Haiti’s vaccine rollout woes.

Taiwan’s allies, however, have received some donations from other sources. India has donated at least 680,000 doses to Taiwan’s diplomatic allies — and at least one of those donations, to Paraguay, was motivated precisely because of the country’s relationship with Taiwan. Israel sent 5,00 doses each to Guatemala and Honduras. Regional players have also been active in supporting their neighbors. Mexico has offered 150,000 doses apiece to Guatemala and Honduras, while Chile sent 20,000 vaccines to Paraguay (ironically enough, Chile gifted Sinovac doses to Paraguay, having imported its own supply from China). Nauru, meanwhile, was able to vaccinate its entire adult population thanks to donations from Australia and India via COVAX.

Of course, India’s donations dropped off sharply as it faced down a domestic crisis this spring, and rushed to inoculate the population at home. The developing world, including Taiwan’s diplomatic allies, may not be able to count on New Delhi for additional doses. But whether China’s newest partners will find Beijing a more ready supplier is still very much in question.

Looking at the seven countries to have switched diplomatic recognition from Taipei to Beijing since Taiwan’s President Tsai Ing-wen took office in 2016 – in chronological order: Sao Tome and Principe (2016), Panama (2017), the Dominican Republic (2018), Burkina Faso (2018), El Salvador (2018), the Solomon Islands (2020), and Kiribati (2020) – China has not exactly been a major vaccine provider. Between all seven countries, China has donated just 250,000 doses, according to UNICEF’S COVID-19 Vaccine Market Tracker: 150,00 to El Salvador and 50,000 each to the Solomon Islands and the Dominican Republic.

Nor has China been especially active in selling its doses to these countries. According to the China COVID-19 vaccine tracker created by Bridge Consulting, China has sold doses to both El Salvador (2 million) and the Dominican Republic (10.8 million) in addition to the donated jabs. But China has not sold vaccines to Burkina Faso, Kiribati, Panama, Sao Tome and Principe, or the Solomon Islands – meaning these erstwhile diplomatic allies of Taiwan have received no vaccines from China to date.