China Will No Longer Be a Developing Country After 2023. Its Climate Actions Should Reflect That. – The Diplomat

China Will No Longer Be a Developing Country After 2023. Its Climate Actions Should Reflect That. – The Diplomat 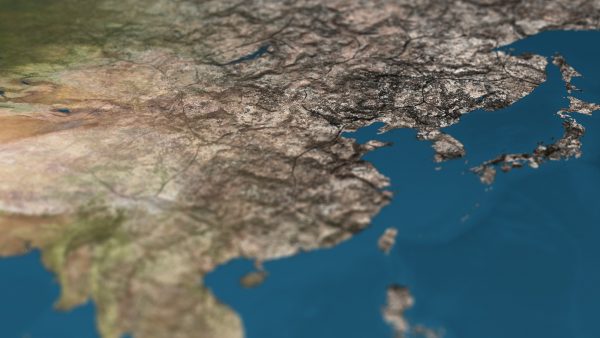 As China projects its power abroad and readies to join the club of high-income countries, its climate ambitions can no longer hide behind the veil of development.

China will graduate from a middle-income to a high-income country in a few years. Its GDP per capita has grown explosively from $150 in 1978 to $10,000 today and is on course to surpass the World Bank’s high-income country threshold of $12,536 in 2023. Though this may sound like a symbolic change, the impacts on China’s climate ambitions can be far-reaching. This is because global climate change efforts are rooted in countries contributing based on their income level, so becoming a high-income country adds pressure on China.

In U.N. lingo, this concept is called “common but differentiated responsibility.” It means that rich countries must contribute more to fighting climate change because they have polluted for a longer time, as rooted in the “polluter-pays principle.” Conversely, developing countries are allowed to pollute relatively more today to allow prioritization of pressing issues like poverty alleviation. Last year China announced it had eradicated poverty, and a few years from now, it will officially be a high-income country. Consequently, any reason for China to be treated as a developing country on climate ambitions is gone.

Beijing’s past and present rhetoric on climate change stresses that China is a developing country and should contribute accordingly. China used its developing country status to justify not taking on commitments under the Kyoto Protocol in 1997 – and is still doing so today, as voiced by China’s lead climate negotiator, Xie Zhenhua, at the 2020 China-EU High-level Forum on Green Cooperation. This can be directly contrasted to China’s wish to be regarded as a great country, certainly equal to the United States, as voiced at the recent China-U.S. meeting in Anchorage. Based on this self-perceived strength, Xi Jinping himself refers to China as a “responsible great power.” In fact, according to the Chinese government, China is a “responsible” country that is already making great contributions to fighting climate change domestically and abroad, which is a frequently featured talking point in Chinese Communist Party meetings.

In contrast to China’s positive self-assessment, statistics show that the country’s climate performance is falling behind the EU and the United States. The EU and U.S. peaked their emissions in 1979 and 2007 respectively, and both aim to be carbon neutral by 2050. China aims to reach peak emissions by 2030 and carbon neutrality by 2060. While the world is working hard to swiftly reduce emissions, China’s projections show that its emissions will grow by another 10 percent before peaking in 2030. That increase would be more than the total emissions of Germany and France combined. Simultaneously, in terms of emissions per unit of GDP, China emits twice as much as the U.S. and four times more than the EU. For years, China has excused its behavior under the cover of its development needs. However, if China wants to be considered on par with the EU and U.S. in terms of economy and global power, then its climate actions cannot be an exception.

There seems to be little willingness to acknowledge this in Beijing. Most recently, at the 2021 Climate Summit chaired by U.S. President Joe Biden, Xi lauded China as more ambitious than developed countries as the country would go from peak to zero emissions in a much shorter time. Arguing that the EU and U.S. are unambitious because they reduced emissions earlier is not likely to convince many. Another argument is that China’s reduction of CO2 emissions per unit of GDP is itself a great contribution. However, as China started from a very high point, the 48 percent reduction from 2005 to today only gets it to where the EU was in 1990. Similarly, while Xi stresses that China has made important contributions to adopting the Paris Agreement, it is hard to square Beijing’s global climate leadership with its increasing coal consumption domestically. China’s rhetoric suggests that they agree with the principle that with great power comes great responsibility. But their self-assessment of their climate actions as responsible is way off the mark.

This seems self-defeating, as a low-carbon transition in China is entirely technically and economically possible, as demonstrated in a recent report by Tsinghua University. China already leads the world in annual installations of renewable energy, which could easily be scaled up in the future. Furthermore, for China, as for most other countries, the cost of wind and solar energy is on parity with fossil fuels. In fact, it’s must cheaper if we include the 1 million annual deaths and $106 billion in healthcare costs resulting directly from air pollution. Critically for China’s need for energy security, the country is home to many of the world’s most advanced companies in solar, wind, and hydropower.

As China continues to develop, it must raise its climate ambitions. The first step is for China’s leaders to acknowledge that current climate performance is certainly not that of a “great responsible power.” If China wants to be seen as an equal to the United States and the EU, it must adopt the great climate ambitions that great countries have.