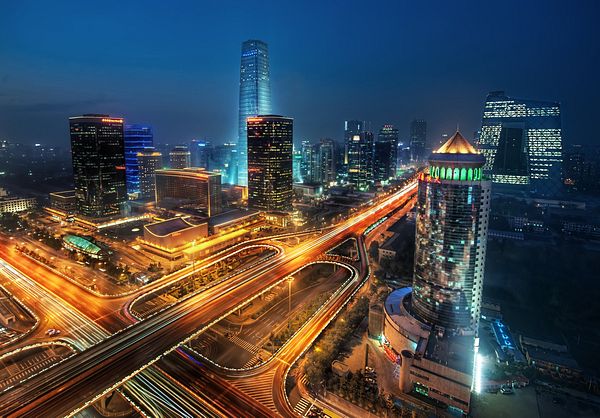 On the eve of its centennial, the Chinese Communist Party (CCP) claims that its greatest achievement, the one that justifies its legitimacy above all others, is the miracle of economic development. The party takes credit for having brought wealth to hundreds of millions of Chinese people.

There is no dispute that the majority of Chinese now enjoy a level of prosperity unthinkable 30 years ago. The heavy lifting that built that success, however, has been done by the Chinese people themselves, not by the CCP, despite its attempts to steal the limelight.

As I told Isvestia earlier this month, “The people of China have developed in spite of, not thanks to the CCP. And it is important to remember that the role of the CCP in the development of the economy was not so much what it did, but what it did not do.”

“For example, having provided capital to large state-owned businesses controlled by the party itself, the [CCP] never created an orderly system of lending to small and family businesses (there are more than 90 million of them in the PRC), which made it dependent on risky methods of financing its entrepreneurial ambitions.”

Indeed, CNBC reported in 2019 that “roughly 80 percent” of those 90 million small businesses have no credit with a bank, citing information from China’s Tencent-backed WeBank.

One can posit that the CCP’s greatest achievements in growing the economy lie in inverse proportion to the control it exerts over the citizens of China.  When the CCP relaxes its nearly obsessive desire to scrutinize and micromanage the lives of Chinese people, those ordinary people do extraordinary things. Even without normal or reliable sources of capital, private business has flourished.

The CCP did provide capital, however, for a certain class of enterprises: those that are controlled by the party itself.

State-owned, CCP-controled companies and corporations generally exist in key industries such as technology, energy, aerospace, pharmaceuticals, and others in which the CCP seeks global economic and strategic dominance.

For the small, individual family micro-entrepreneurs, however, capital typically comes from family, friends, and, early on, from resources kept hidden for years (when having such resources could lead to confiscation and arrest). To keep businesses going, funds come from profits and organic growth of the business itself, but also, unfortunately, from the black market loan sharks that are ubiquitous in China’s shadow economy.

Larger private businesses rely upon relationships with key CCP members in their region to encourage state-controlled banks to make loans to them. That sponsorship does not come without a price.

No one has put this analysis forward with more elegance and perspective than Dr. Rainer Zitelmann, a prolific economic and social sciences analyst and author. In a 2019 article in Forbes, Zitelmann referenced a World Economic Forum working paper that states that “China’s private sector…is now serving as the main driver of China’s economic growth. The combination of numbers 60/70/80/90 are frequently used to describe the private sector’s contribution to the Chinese economy: they contribute 60% of China’s GDP, and are responsible for 70% of innovation, 80% of urban employment and provide 90% of new jobs. Private wealth is also responsible for 70% of investment and 90% of exports.”

Even the All-China Federation of Industry and Commerce, a business group under the leadership of the Communist Party, admits the accuracy of the GDP and jobs percentages, according to Zitelmann. This isnNot bad for a sector largely kept out of normal financing channels.

Zitelmann pointed out that the idea of “state capitalism” – under which the CCP takes credit for having made China the second largest economy in the world – is not only misleading, but also absurd. We can go a step further and label it an oxymoron. Capitalism, as Zitelmann reminded us, “is based on the twin pillars of free market principles and private enterprise.”

Simply put, the “state,” which in China’s case is subordinate to the Chinese Communist Party, has no place in the equation. When it does take a seat at that table, non-capitalist principles associated with the power, politics, policy, and patronage of the CCP are introduced.

Anecdotally, for those who have lived in and observed the Chinese economic phenomenon of the last 30 years, it has been ironic to watch case after case in which CCP members themselves have attempted to get on the entrepreneurial ladder. One can speculate why so many have failed, but one reason that seems likely is the complete orientation, allegiance, and loyalty that the party requires of its members, a process that quashes the individual spirit and often leads to the atrophy of the ability to act independently.

The CCP has never been adept at creating the conditions for economic development, except when it steps away; in fact, at many stages of the process over the last several decades, it has been an outright obstructionist. The foreign direct investment that has fought to be successful in China, and the self-sufficiency that the Chinese people have demonstrated in the face of extreme barriers to their success, undermine the party’s self-congratulations for its role in China’s economic growth.