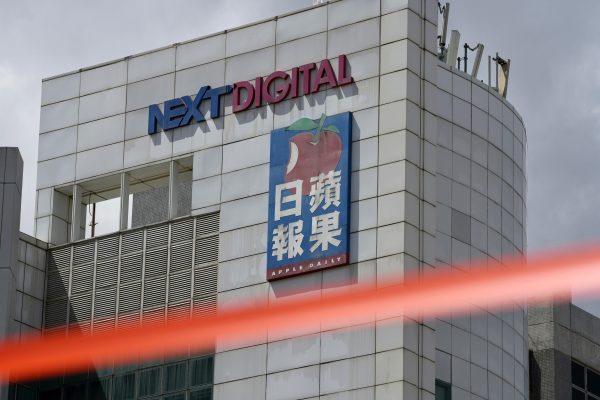 The Taiwanese edition of Apple Daily said Thursday it will continue operations despite the shuttering of its sister paper in Hong Kong.

Apple Daily printed its last newspaper in Hong Kong on Thursday. The company ceased publication of its print newspaper in Taiwan in May, but parent company Next Digital said its online operations will be “unaffected.”

Jimmy Lai, who founded Apple Daily in 1995 and owns both the Hong Kong and Taiwan titles, was sentenced in April to 14 months in jail for participating in pro-democracy protests. Hong Kong police raided Apple Daily’s offices last week and arrested five executives, two of whom were charged under the national security law.

Taiwan’s Mainland Affairs Council, which governs relations with China and its territories, said Thursday it felt “extreme regret and solemnly condemned” the muzzling of pro-democracy media outlets in Hong Kong.

“This unfortunate incident has not only sounded the death knell for freedom of press, publication and speech in Hong Kong, but has also allowed the international community to see for themselves the Communist Party regime’s totalitarianism and autocracy,” it said.

The media outlet will live on in Taiwan, however. Next Digital previously attempted to sell its Taiwanese edition, but its board said in April a sale was no longer in its best interest.

Taiwan has recently become a refuge of sorts for journalists previously stationed in China and Hong Kong. Many were effectively forced to leave after publishing articles critical of Beijing’s human rights abuses, its suppression of the early coronavirus outbreak, and its crackdown in Hong Kong.

Last weekend, Taiwan recalled its diplomats from its representative office in Hong Kong after authorities reportedly tried to force them to sign a document acknowledging Beijing’s “one China” territorial claim over Taiwan.

The Mainland Affairs Council said Monday it would no longer be able to send staffers to Hong Kong, claiming its government had demanded that Taiwanese officials who refuse to sign the document leave the city immediately.

“Their purpose obviously was to diminish our national dignity and to force our staff to bow to the Beijing authorities,” council head Chiu Tai-san told reporters.

The council said its Hong Kong office would remain operational but would “adjust its business handling method.”

The Hong Kong government accused Taiwan of “confusing right and wrong” and insisted that both Hong Kong and Taiwan belong to “one China.”

The Chinese Communist Party has never ruled Taiwan, and no major political parties on the island support any form of unification with Beijing.