Despite Sanctions Tiff, It’s Business as Usual for European Firms in China – The Diplomat

Despite Sanctions Tiff, It’s Business as Usual for European Firms in China – The Diplomat 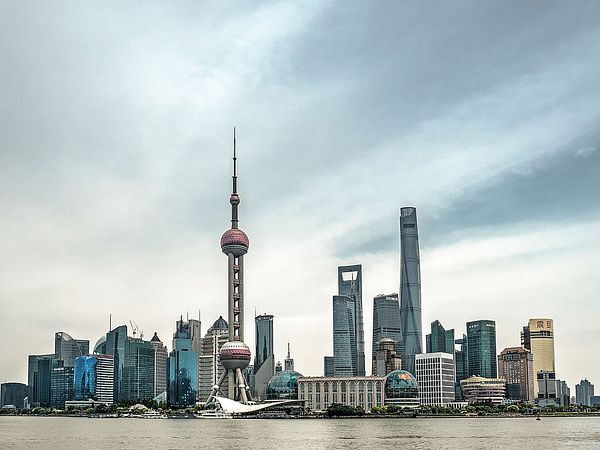 The European Union crossed a diplomatic Rubicon on March 22 when it joined the United States, the United Kingdom, and Canada in imposing sanctions on four Chinese officials believed responsible for the imprisonment, torture, and genocide of Uyghurs and other minorities in China’s northwest Xinjiang region. The EU had not levied any meaningful sanctions on China since the arms embargo it put in place – and which remains in place – after the massacre of civilians and others in and around Tiananmen Square on June 4, 1989.

Overall, the EU has maintained a hands-off approach to human rights issues and abuses in China for the last 32 years.

The sanctions only target four Chinese individuals, so they are largely symbolic in and of themselves. But they have triggered retaliatory sanctions by China on EU individuals and institutions. They have also ignited a flurry of diplomatic activity in the form of each side summoning the ambassadors of the other side in capitals from Beijing to Brussels.

One would think that this unprecedented situation would affect relationships on the ground between the thousands of European businesses present in China and their Chinese political counterparts, who provide the incentives and infrastructure to make that presence possible.

Thousands of Wholly Foreign-Owned Enterprises (WFOEs) have been established throughout China since the law allowing their creation first went into effect in April 1986.  That does not take into account the sizable number of EU companies that have established joint ventures with a Chinese partner.

Some EU countries have been committed to China from the 1980s on. Belgium punched above its weight in supporting China in telecommunications and pharmaceuticals from the beginning, forming the top two manufacturing joint ventures in China, Shanghai Bell in the telecom sector and Xi’an Janssen in pharmaceuticals. Germany, among many other major investments throughout the country, has an entire city devoted primarily to hundreds of its auto industry WFOEs less than an hour outside of Shanghai.

Today, Chinese economic zones compete fiercely for the investments they land. It is very much a buyer’s market when a foreign company looks to establish a manufacturing facility in China. Everybody wants them, and potential investors are often lavishly welcomed.

All in all, foreign, particularly Western, corporate investors in China are generally treated well by the local and provincial officials who host them. Those investors represent not only increased wealth and the introduction of new technologies into China, but also incentives, bonuses, and political advancement for the economic zone leaders who successfully establish those companies in their cities.

Nonetheless, one would think that the seriousness of the sanctions – in symbolism, if not in actual practice – would put the subsidiaries of EU businesses in China and their Chinese handlers into awkward, if not untenable, situations.

It would seem not.

A key indicator of the reach of EU business in China is the membership roll of the European Union Chamber of Commerce in China. The body started life with a modest 51 members in October 2000. Twenty-one years later, the EU Chamber in China now has over 1,700 members.

Despite the sanctions, the EU in China appears to be operating in a business-as-usual model, as exemplified by a number of events in the week since the sanctions were imposed that brought EU companies and Chinese officials together, with many more still scheduled for the weeks and months to come.

On March 23, the day after the sanctions were announced, Joerg Wuttke, the president of the European Chamber in China, met with Vice Governor Zhao Haishan of Hubei province, which borders Beijing. Zhao is reported to have “expressed his appreciation of the European business community’s donations both in capital and in-kind during the COVID-19 outbreak.” He went on to say that the Hubei economy has now recovered, and welcomes more foreign talent and investment in the more open business environment that Hubei will create.

Given that representatives of the Chamber’s maritime manufacturing, energy, and medical devices sectors attended the meeting, it is clear which industries are ear-marked to make future investments in Hubei province, sanctions notwithstanding.

Over the next several weeks, numerous events are scheduled by the EU Chamber in conjunction with Chinese government officials. One in particular is telling. On April 8, the Chamber will hold a seminar in Tianjin on energy development trends toward a carbon neutral future. A key speaker, according to the event notice, will be Tao Ye from the Energy Research Institute (ERI) of the National Development and Reform Commission (NDRC), which reports directly to the State Council, China’s highest administrative authority.

With neither side standing too firmly on principle, it says a bit more about the Chinese side than it does about the Europeans. In fact, it says more. The sanctions were placed by one government on another. European businesses by and large are not representatives of their governments.

The importance of China’s hopes for its Belt and Road Initiative (BRI) in Europe cannot be left out of the assessment of China’s reaction to the sanctions. It appears that, now that the diplomatic scuffles are over, the discussion needs to be brushed under the carpet with the rest of the dust.

China needs Europe for BRI projects and connectivity far more than the EU needs China’s BRI. And the enthusiasm in Europe to join the bandwagon of BRI nations from Central Asia to the Middle East to Africa has been limited to only a few countries, primarily Hungary, Luxembourg, and Italy. And, as Francesca Ghiretti wrote in The Diplomat, “the BRI has not been as successful as one would have thought, in Italy and elsewhere.  But it is not dead.”

The fact that BRI is “not dead” in Europe gives the ever-acquisitive Chinese government reason for hope. China will continue its efforts to convince, and coerce if necessary, European governments to accept its overtures to fund projects in Europe, projects which are designed to permanently increase China’s economic, political, and military leverage over the far western region of the Eurasian continent.

And if losing face for sanctions on a few senior officials, all of them indeed members of the ruling party of China, is the price, then so be it. From the Chinese point of view, the policies in Xinjiang that have led to the sanctions are not going to change without a change of government. If the only punishment China receives for its utterly awful treatment of the Uyghurs and other minorities is a slap on the wrists of a few probably expendable party apparatchiks, then that can be borne. The real prize is intercontinental connectivity, with China manning the gates.