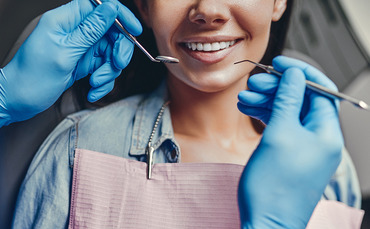 Palamon Partners has acquired the stake held by Carlyle in dental treatment and supplies business IDH Group, investing in the business alongside management to become the sole sponsor backing the firm.

Palamon has also acquired further stakes from several minority shareholders, the GP said in a statement.

Unquote sister publication Mergermarket first reported in August 2020 that IDH was up for sale, with a valuation multiple expected to be in the mid-teens. Mergermarket later reported that IDH was to be marketed based on EBITDA of £62-72m.

BC Partners, Advent International and TDR were cited in a report from Mergermarket in October 2020 as interested bidders.

IDH confirmed in February 2021 that it had entered into discussions with a preferred bidder for a sale of all shares or a majority stake in the company, with Sky News subsequently reporting that Bridgepoint had been chosen as the preferred bidder.

Sky News reported earlier in May 2021 that Palamon was expected to make a £700m offer for IDH, matching the offer already on the table from Bridgepoint.

IDH confirmed in a statement that the offer from Palamon supersedes the announcement made by the company on 12 April that it had entered into a binding agreement with an unnamed purchaser and Turnstone Equityco 1.

Previous funding
Bank of America Merrill Lynch Capital Partners (BAML CP) acquired IDH in 2008 from LGV Capital in a deal that valued the company at around £300m.

Carlyle took a 75% stake in IDH from BAML CP in 2011 via Carlyle Europe Partners III. The vehicle held a final close in September 2007 on €5.35bn and was fully deployed as of September 2019, according to Unquote Data.

Carlyle’s acquisition of IDH saw the company merge with Associated Dental Practices (ADP), which Palamon Capital Partners had acquired in 2009 via Palamon European Equity II. The fund held a final close in July 2006 on €670m. Palamon rolled over its stake in ADP to take a minority stake in the combined entity. The deal valued IDH at around £450m and the combined group at approximately £600m, equating to an entry multiple of around 10x the combined group’s £55-60m EBITDA. ING, Bank of Ireland, Lloyds and Societe Generale provided debt to back the deal.

Company
IDH operates a network of around 600 dental practices via its MyDentist brand and also supplies dental and beauty products to around 12,000 dental practices and 6,000 beauty clinics via its DD brand. Under the MyOptions brand, IDH also offers private dental treatment options. The company is headquartered in Manchester and was founded in 1996.

According to its latest financial report, IDH posted adjusted pro forma EBITDA of £45.8m in 2020 and revenues of £446m.