How Will the Chinese Communist Party Withstand Increasing Calls for COVID-19 Pandemic Accountability? – The Diplomat

How Will the Chinese Communist Party Withstand Increasing Calls for COVID-19 Pandemic Accountability? – The Diplomat 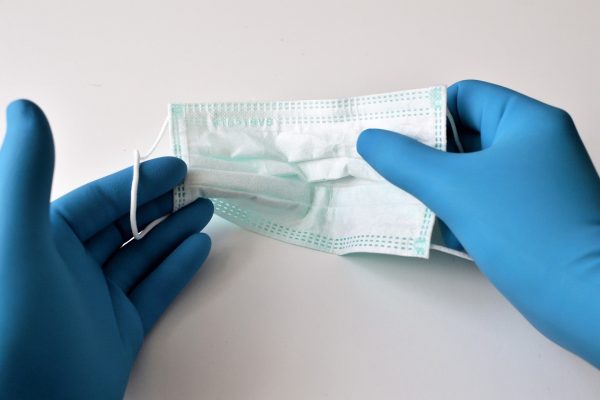 After the massacre of students and civilians on June 4, 1989, ending weeks of demonstrations in Tiananmen Square, Beijing held its collective breath for nearly three years. How could the party survive the betrayal of its people, having used as its instrument the very army that “liberated” them in 1949 in the first place?

Today, 32 years later, China is facing unrelenting criticism and calls for accountability related to the origins of the virus causing COVID-19, which to date has killed at least 3,500,000 people worldwide. To understand the extent to which the CCP will go to maintain its innocence as the source of the virus and to continue to justify the supremacy of its leadership in China, there’s no better lesson than the chameleon-like maneuvers it made in the wake of the carnage in 1989.

The lesson is simple, yet profound. By 1992, the Chinese Communist Party’s perseverance to retain its hold on power became so intense that it functionally underwent a drastic political makeover

There had been rumblings. Deng Xiaoping had instituted limited tests of market reform in southern China from 1979 on, and those pockets of what were whispered to be “capitalist” ventures were proving to work. Straying further and further from Marxist-Leninist doctrine, Deng’s policies proved useful a decade later not just to grow the economy, but to save the Communist Party.

The results did not go unnoticed by the international media. In 1992, Nicholas Kristof wrote this in the New York Times:

Gunfire ringing in their ears, foreign executives fled China in the aftermath of the Tiananmen Square crackdown three years ago, and many people doubted that foreign investors and tourists would return as long as the hard-line Communists remained in power.

So much for conventional wisdom: these days the Chinese economy is booming, and foreign investment and tourism are setting records. Despite the risks of United States trade sanctions over China’s human rights record, executives once more are enthralled by the business potential of the most populous nation on earth.

Indeed, when Deng made his tour of southern China in 1992, making his proclamation that “to get rich is glorious,” the effect on the national consciousness was electric. Large chunks of the principles and doctrines of economic communism were scrapped, and principles of capitalism – although the word wasn’t used – were ushered into Chinese society from top to bottom. From ordinary grandmothers converting first-floor living rooms into shops to the families of senior party members exerting their influence to obtain no-credit-check bank loans, people across China established for-profit, private enterprises – after both of those terms and the market-based practices they describe having been taboo for decades.

Tellingly, the common term by which people addressed one another, “tongzhi,” meaning “comrade,” began to disappear from everyday discourse.

In the immediate aftermath of unleashing the People’s Liberation Army in Beijing on that early June morning, slaughtering what then-British Ambassador Sir Alan Ewen Donald had been told by a senior Chinese official was upwards of 10,000 Chinese citizens, the Chinese Communist Party first turned to its tried and true methods to maintain its leadership role domestically.

The party was well-practiced by this time in waging domestic propaganda and fear campaigns to bolster its right to remain in power despite the policy disasters that it first designed and then deployed on its largely destitute citizens. The Great Leap Forward, from which tens of millions died of starvation, and the Cultural Revolution, in which society cannibalized itself, each carried more than enough intrinsic power to destroy the CCP. But the party survived, largely by maintaining an iron grip over domestic narratives and literally rewriting its own history.

Thus, in 1989, the party was not overwhelmingly concerned with defending itself from its domestic detractors. Arrests, detentions, and disappearances of ordinary citizens proliferated. Tanks roamed the streets of Beijing. Through the power of propaganda, terror tactics, and sleight of hand, the Party survived the next three years domestically, which it had expected to do.

Could it do the same internationally? The horrified reaction of the foreign community was paramount in the leadership’s mind. There was a key problem it could not overcome. Not only had worldwide media captured key images of the crackdown, but also the Chinese Communist Party could not manipulate the truth that the rest of the world was hearing from the first-hand accounts of those who had experienced the massacre and then evacuated back to their home countries. The atrocities that occurred in Beijing on June 4 – and intermittently for days later – had played out in the presence of the foreign diplomatic, business, and educational communities whose members lived in Beijing, many of them just a few minutes from the worst of the carnage, and some, in the later days, right in their backyards.

Then, as with the COVID-19 pandemic now, the Chinese Communist Party had to spin the story, lure the international community into its narrative, and dodge the blame.

The party was successful with the international community. Investment came roaring into China, along with technology. In 1992, when economic opportunities expanded for the everyday Chinese citizen, political issues and disillusionment took a back seat to the sudden ability to significantly improve one’s standard of living. Foreigners and Chinese alike both succumbed to something as old as the pyramids, and just as alluring: money.

Today, as the Chinese Communist Party perseveres in its own perpetuation, it is using lessons learned from past attacks on its legitimacy to overcome its critics and maintain its power. It remains to be seen whether the international community will hold fast to calling the CCP to account for its role in the pandemic. One dynamic is different this time: In all other cases of the atrocities that have occurred due to Chinese Communist Party practices and policies, the impact has largely been domestic or related to the disputed status of ethnic minorities. As awful as the resulting deaths and hardships have been, however, they have been consequences which the international community mostly did not directly feel itself.

This time it’s different. With everyone in the world now having been affected in direct and highly personal ways by COVID-19 – through death, illness, job loss, economic hardship, deprivation of education, and family separation – it remains to be seen what the Chinese Communist Party will do if the crescendo of international voices finally comes crashing down upon it to answer for its part in the pandemic.  As deft and wily as the party has proven itself to be in the past to escape consequences for its behavior, its shape-shifting skills may not be enough to protect it this time.