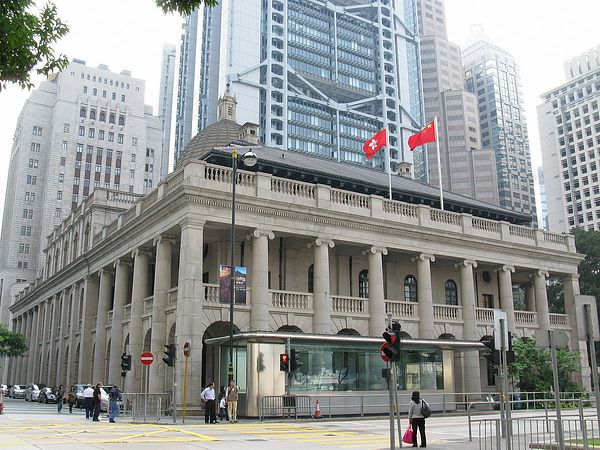 The past 12 months have not been easy on Hong Kong’s democrats.

While the writing had always been on the wall, the conspicuous tightening and stringent barriers to entry placed upon the Legislative Council have left many in the democratic camp bereft of optimism. Many pan-democratic friends of mine, some of whom had once been moderate, pragmatic, and open to engaging with the political establishment, have grown increasingly frustrated over the unfolding events.

Others – emboldened and radicalized by the events that have befallen the city over the past two years – find their disillusionment reaffirmed by recent changes. Indeed, many prominent figures (including some who are not typically viewed as radical or extreme) in the opposition camp have been imprisoned, for charges associated with their alleged involvement with the 2019-2020 anti-extradition protests. Hong Kong’s once-raucous political scene has certainly been cleared of its at-times disruptive, at-times boisterous dissent – yet at what cost?

Many in Beijing and their representatives have been adamant that the new Hong Kong they envision ought not be ruled by specious “loyal garbage,” as well as decrying the lack of competent “virtuous patriots” in the city. But the vociferous rhetoric and blatant politicking by some in the local establishment certainly are worrying signs that in the absence of a formal opposition, there would not, in fact, be a viable force within the legislature to hold the administration to account for its oversight.

Veteran bureaucrats in China’s system should be very well aware that Hong Kong cannot be governed by those who can merely chant patriotic slogans but lack any pragmatic acumen. Yet the prudential defense is that the turmoil in 2019 has left Beijing with a very bitter taste in its mouth, and few options but to implement draconian measures.

I remain cautiously optimistic that the aforementioned issues could well be self-correcting in the long run (the pendulum generally pivots back), with waves of fresh blood comprising both reform-minded individuals in the city as well as elites recruited from the mainland and among overseas returnees. Yet the short-term prognosis remains grim – especially for the city’s worn democrats.

Democrats who remain politically active in Hong Kong, youth activists and veteran politicos alike, are confronted by a quandary that can only be resolved through a mixture of political resolve, savvy, and fortuitousness.

The salient elephant in the room is as such: Should they stay in the system – to contest the elections in December (with substantially heightened stakes and steeper thresholds to participation), to retain their formal political presence at large? Or should they give up altogether on seeking to win seats, and cede all remaining wherewithal and political capital to Beijing loyalists, many of whom accrue power not necessarily via a demonstration of aptitude, but through toing what they believe are the officially “correct” lines to take? This quandary can be formally captured via a trilemma.

The first path would follow from democrats maintaining an ideologically hardened, radical, and confrontational stance toward Beijing. Per this scenario, pan-democrat advocates and activists would continue with their ongoing campaigns – both domestic and international – and seek to couple their criticisms of the local administration with a more fundamental critique of the political system. While this move could well enable them to preserve their ideological purity and moral high ground, as well as sustaining the momentum of the movement, such advocates would have to reckon with the very real and imminent dangers of prosecution under the post-National Security Law Hong Kong regime, where red lines have been drawn.

Senior establishment politicians and officials view these baselines, demarcated by Beijing’s political reform package and the National Security Law, as non-negotiable. Indeed, they have every reason to err on the side of caution, on both grounds of advancing what pro-establishment supporters take to be natural justice, as well as ensuring that the newly introduced legislation could effectively deter future offenses. Should democrats pursue the ideologically noble, albeit unrealistic, ideals some have hitherto championed, they must either do so outside Hong Kong, or find ways to circumvent the rapidly shrinking room for such discourses.

The second path, then, would see democrats accept the new baselines, and to advance their political agenda in an apparently curtailed fashion. This would likely come with their contesting legislative elections – which would entail seeking nominations from members of sectors that are Beijing strongholds, including the Hong Kong delegations to the National People’s Congress (NPC) and the China People’s Political Consultative Conference (CPPCC). The upshot would be that they convert themselves into the “loyal” opposition – stripped of much of the rhetorical bombast, political prominence, and bargaining power they had once held in Hong Kong prior to 2020 – but a formally recognized opposition nevertheless.

The downsides are apparent. Many among the most ardent, expressive supporters of pan-democratic parties have spoken out against the legislators’ participation in what they view as a nepotistic, rigged, illegitimate political system. Certain mainland officials and senior members of the local establishment have been highly outspoken about the need for democrats to run – though supporters of the opposition camp remain skeptical and wary of the olive branch. Some veterans in the Democratic Party (widely deemed the flag-bearer, de facto leader, and the most moderate party in the camp) have openly repudiated calls by the establishment for opposition politicians to contest the upcoming elections. Many among the masses view such invitations as attempts to divide and conquer the beleaguered democrats remaining in the game.

Suffice to say, pan-democrat supporters share no consensus over whether there is any point in competing in the upcoming elections. The prowess of a radicalized, jaded crowd cannot be under-estimated – the Democratic Party suffered a devastating hemorrhage a decade ago, overcome by the backlash toward what was widely perceived in certain circles as an act of capitulation: representatives from the party entered into negotiations with the Central Liaison Office over political reforms that were eventually incorporated by Beijing. While the benefits of these reforms were apparent, what was equally apparent was the potency of the mass rage, which brought the moderate, centrist Democratic Party to its knees, and induced the collapse in moderatism within the opposition from 2012 onwards in the city.

The final option, then, would be for all democrats to exit the legislative arena in masse, and become pressure groups. The upside to this is clear – they could continue to critique the system from within, and, having been de-fanged politically, they are ostensibly less likely to face official sanctions for transgressing discursive boundaries. Moreover, this would also enable democrats to retain legitimacy in the international community, as they apply pressure, via civil society and non-state actors in the city, on the government’s decision-making processes.

Yet this path is a dead end. Without legislative seats, recognition in the political arena, or the associated legal privileges (while reduced and impeded, no doubt, for all sorts of extraneous reasons) of being parliamentarians, politicians would be simply critics, commentators, writers, and think tankers, devoid of both teeth and tools for their activism. I speak from first-hand experience: to have a voice, to have a platform, no doubt makes a difference. Yet a platform alone would not lend the camp any actual influence over formal decision-making processes.

Suppose we are to view the invitation to participation from Beijing through the most cynical, most calculating of lenses – that Beijing is merely seeking representation of democrats as a means of upholding the façade of ostensible procedural legitimacy.

It would still surely be better for there to be different voices in the parliament than a homogenous bunch of uninspiring and uninspired voices. The democratic minority may not be able to effect substantial changes within the new legislature – yet without any legislators at all, their hands would only be further tied; their influence further circumscribed by a lack of political relevance to locally prominent stakeholders.

The Case for Remain

Democrats should not give up on the formal political arena.

A division of labor is necessary. District councillors – many of whom I count as my friends – ought to strive to serve their constituencies, while navigating the inevitably different political reality on the ground. Fight the good fight for the poor, for the downtrodden, for the disabled, for minorities, for those neglected and silenced by the political establishment.

Democrats who are willing to undertake the necessary risks, who harbor genuine intentions to serve the city, and are capable of doing so, should contest the upcoming legislative elections, whether it be over the 40 Electoral Committee-determined seats, the 30 Functional Constituency seats, or the 20 directly elected seats. The room for maneuver could well be narrow; the antagonistic onslaught of criticisms and assaults from bystanders and speculators, vicious and unyielding. Yet I have full confidence that there are many with both tenacity and capacity in the opposition to serve the public, to articulate and uphold an alternative to the doctrinaire obstinacy held by most of the existing establishment.

Democrats must also continue to lobby, to liaise with, and collaborate with existing civil society players, non-governmental organizations, academics, and think tanks, not as a means of disrupting or undermining existing institutions – but of channeling reforms from within.

Oppositional politics is no more in Hong Kong – that’s for certain. Yet between capitulating and acceding to a monolithic, subservient discourse, and self-destructive obstructionism, there exists space and room for new democrats to map out a new path.

The Rocky Road Ahead

Will it be easy? Of course not. Democrats may find themselves rejected by both a radicalized public and an unforgiving establishment. They may also find themselves enmeshed in the legal and political quagmire that has sent many well-intentioned individuals out of the picture. There is also the possibility that they would lose much of the credibility they hypothetically would retain if they did not contest these elections.

Yet politics is seldom about making the best decisions on an individual level – at times of crises, what is needed is pragmatic resilience, as opposed to bravado and calculating perfectionism.

Some have ferociously insisted that any and all attempt to court power under the new system would lend undue credibility to the political and institutional changes that have rocked Hong Kong since 2019. To this, my response is simple – politics isn’t just about optics, or perceived credibility. It’s not about looking good (most successful politicians don’t), keeping one’s hands clean and free of the necessary dirt required for real change. It’s instead about actualizing policies that benefit as many as is possible, transforming the city for the better (as opposed to burning it down), challenging and calling out abuses of power using whatever means are efficacious. That’s what politics is about. That’s what Hong Kongers very much deserve, after the past decades-worth of obstructionist and inept politics.

It behooves all parties to set aside their differences, and to be the change we want to see within the limits of reality – given the cards that we’ve been dealt. It is not the case that all is well in Hong Kong, so we may as well give up on pretending. The city faces skyrocketing property prices, intransigent and anachronistic governance, an economy lacking diversification, an ossified education system, and fraught mainland-Hong Kong relations.

Hong Kong needs reform. Reform requires more than just willing members of the establishment – we need democrats, too, to make this happen.