Is China’s Belt and Road Initiative a Threat to the US? – The Diplomat

Is China’s Belt and Road Initiative a Threat to the US? – The Diplomat 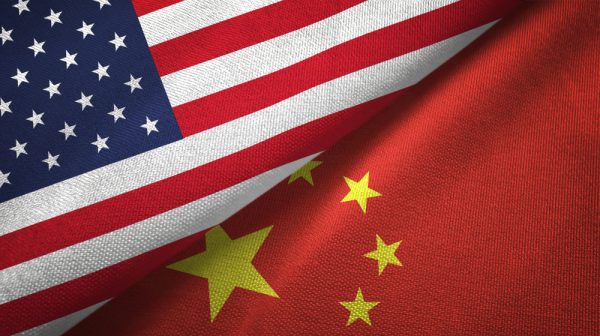 As conflicts between the United States and China appear to mount, some experts have questioned the intentions of China’s infrastructure buildup across the span of the Belt and Road Initiative (BRI). The BRI has been viewed as a debt trap for impoverished states and a means for China to expand its territorial control, but is it really? Is the United States missing an opportunity to participate or engage in parallel activities?

The BRI has repeatedly been labeled a debt trap and a power grab, and perhaps this seemed like a possibility at the outset. However, this concept has been debunked by careful research. Deborah Brautigam, director of the China Africa Research Initiative at Johns Hopkins University, studies Chinese lending to Africa in depth. She found no evidence that Chinese banks over-lend or invest in loss-making projects to obtain a foothold in those countries.

Brautigam points out that the turnover of the Hambantota Port in Sri Lanka to a Chinese company has often been misinterpreted as a geopolitical move by China to take over key infrastructure. The story is that China persuaded Sri Lanka to borrow funds for a project that had little prospect of success. The terms of the loan were onerous and forced Sri Lanka into default, so that the country was forced to hand over the port to China.

In reality, the Canadian firm SNC-Lavalin and Danish engineering firm Ramboll separately carried out feasibility reports for the port, both making strong cases for the project. As there were no takers for the project after some time, the Sri Lankan government accepted China’s loan proposal, even before the creation of the BRI. When the project failed during a time of political and financial upheaval in Sri Lanka, the Chinese took over a majority stake in and operating of the port, rather than seizing the port outright. And, as analyst Umesh Moramudali noted for The Diplomat, Sri Lanka’s debt crisis was not directly caused by the Hambantota Port loan to begin with, but by pre-existing balance of payment issues stemming from the maturation of sovereign bonds. Even if we take the Hambantota Port example as a cause for concern, this is a rare case that does not characterize Chinese investment along the BRI.

There is further evidence that China is not engaging in debt trap diplomacy. Brautigam has noted that in some countries that the IMF has labeled as vulnerable, China is the largest single creditor, but lenders from other countries hold most of the debt. Global banks and bondholders are actively involved in lending to African firms and governments. Importantly, Chinese loans were not responsible for pushing indebted countries above IMF debt sustainability limits.

Furthermore, it should be pointed out that other countries have chosen to join the BRI, and not just impoverished nations. The BRI has reached not only Africa, Latin America, and Southeast Asia, but also East Asia and Europe. Over 18 European Union countries have joined the BRI. In Asia, South Korean firms Daewoo and Hyundai have won contracts along the BRI. Nissin Corp. shipped its first railbound cargo transshipment to Europe via China’s Sinotrans in October 2018. Countries have participated in the BRI in order to improve their connectivity to the rest of the world and level up industrialization efforts. Many of the projects have been successful; for example, one study launched in 2018 by Rand Corporation found that BRI transportation connectivity can boost trade and foreign direct investment, and speed up industrialization and economic growth. This shows that there are other ways of viewing the BRI, and that there have been clear benefits to participation.

Rather than decrying China for lending to BRI countries, the United States should engage in infrastructure lending to poor countries, and/or make it easier for multilateral banks to lend for such projects, reducing bureaucratic requirements. While the U.S. International Development Finance Corporation was formed in order to address financing of development projects in poor countries, its scale of funding (up to $60 billion) is much lower than that provided by China. In addition, the United States has tended to provide funds for large projects in large countries, as compared to China, which has funded smaller projects in developing countries. Even though the U.S. may not feel comfortable joining the BRI due to ongoing tensions with China, it can still increase its engagement in parallel activities.

Transparency is one issue that China should improve on to ease concerns about the potential for corruption within BRI deals. This would reduce worries that BRI contracts provide cover for embezzlement or mismanagement activities. According to a survey published last year by the European Union Chamber of Commerce in China, European firms have been hesitant to participate in BRI projects mainly due to a lack of information and transparency. The Chamber requested that China create an open procurement system as well as perform feasibility and impact studies for BRI projects. The World Bank and other bodies have also called for increased transparency.

To answer the opening question – is China’s BRI a benefit or threat to the U.S.? – we can state that the BRI is not a threat, although more transparency would help the United States and other countries to understand the benefits and increase trust in BRI projects. This would go a long way in improving U.S. understanding of Chinese intentions along the Belt and Road.