A Beijing-Born Director Made Oscar History. Why Isn’t China Celebrating? – The Diplomat

A Beijing-Born Director Made Oscar History. Why Isn’t China Celebrating? – The Diplomat 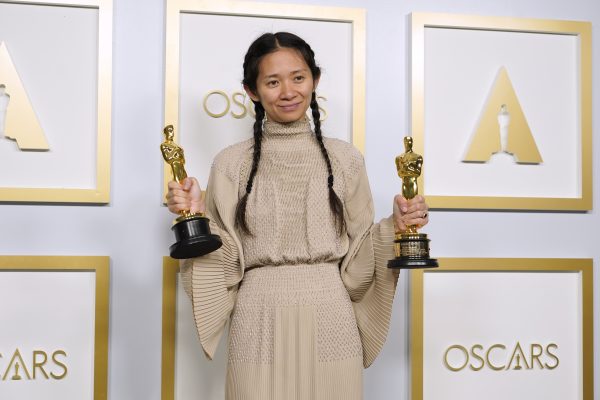 Chloe Zhao, winner of the awards for best picture and director for “Nomadland,” poses in the press room at the Oscars on Sunday, April 25, 2021, at Union Station in Los Angeles.

Chloe Zhao made history on April 25 by becoming the first woman of color and second woman ever to win the best director Oscar award.

In China, however, her victory has been clouded by controversy and censorship.

Zhao, a Beijing-born, British-educated, and American-based filmmaker, made headlines globally for her Oscar triumph and the success of her film “Nomadland,” which also won best picture. Yet in China, mentions of the film were reportedly censored on social media, and there were no reports of her victory in Chinese state media hours after the announcement, CNN reports.

The film was not deemed controversial at first. Last month, when Zhao became the first Asian woman to win the Golden Globe for best director, Chinese netizens flooded social media to congratulate her. Zhao, known in China for being the daughter of the famous Chinese comedy actress Song Dandan and a successful steel executive, recorded a Chinese-language video message to promote the film’s anticipated release in Mainland China and was even called the “pride of China” by state media outlet Global Times.

But when social media users unearthed two interviews she gave that cast doubt over her political views toward China, everything changed.

The first was a 2013 interview Zhao gave to U.S. Filmmaker Magazine in which she said there were “lies everywhere” when she was growing up in China. The second was one she gave to an Australian entertainment site last month, which first misquoted her as saying that America is “now” her country and later clarified that she had actually said it was “not” her country.

Soon after, Zhao was accused of criticizing China by Chinese netizens and references to “Nomadland” – previously scheduled for release in China on April 23 – quickly vanished on movie sites and social media.

Due to concerns over this dispute and the Oscar nomination of a banned documentary on the Hong Kong protests, Chinese authorities last month told local media not to broadcast the Oscars in real time and to focus coverage on awards that aren’t deemed controversial, Bloomberg reports.

The fallout in the wake of Zhao’s win highlights the growing challenges of navigating China’s fraught political landscape, particularly for creators of Chinese descent. As nationalistic sentiment becomes more widespread in China, many creators are choosing to self-censor in order to protect themselves from potential backlash, says Daniel York Loh, a British Chinese filmmaker in his 50s.

The fact that Zhao’s “very innocuous” comments tarnished her reputation and blocked her film’s release in China is “terrifying,” he said, explaining that it speaks to the severity of the impact of escalating geopolitical tensions on diasporic Chinese creators. He added that many in the industry are also self-censoring in order to cater to the Chinese movie market, which overtook the United States to become the world’s largest last year.

“What if she made a film about the Uyghur diaspora? I can’t even imagine the kind of heat she would come under,” he said. “You see (censorship) all the time. It’s a shame. How are we going to tell our stories in 10 to 15 years time? How will the Hong Kong diaspora tell their stories?”

Despite the nationalistic backlash, Zhao has received some support from within China. Jialan Cai, a Chinese artist in her 20s based in China, says she’s proud of Zhao’s win and that she’s seen some posts on social media supporting the director. Those who are politicizing Zhao’s victory and using nationalistic rhetoric to slam her are a minority who do not represent the Chinese people, but are simply “the loudest on the internet,” she said.

“I’m very proud of her actually as a Chinese and a woman. It gives me hope that one day I can be successful too,” Cai said. “This (controversy) has created some collective anger among artists in China. If Chloe visits her home China one day, I wish we can let her know that lots of people are curious (about) her work and proud of her achievement.”