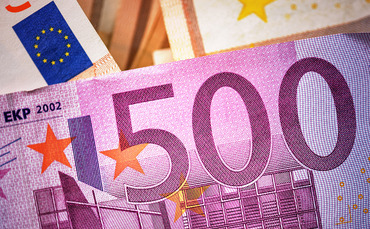 IK Investment Partners has held a final close for its IK Small Cap III Fund on its €1.2bn hard-cap.

IK Small Cap III was raised in three months, launching at the end of last year. The GP said the vehicle was oversubscribed and, as a result, allocated exclusively to existing IK investors.

The fund is more than double the size of its €550m predecessor, IK Small Cap II Fund, which is now almost fully invested. The GP told Unquote that the fund has made 15 platform investments and has room for one more.

IK launched its small-cap strategy in 2015 and has since made 27 platform investments across two funds. The €277m IK Small Cap I Fund has realised €425m in proceeds, including seven full exits at a gross average of 3.2x money and a 56% IRR, the GP said.

The GP told Unquote that €100m of the total commitments came from the GP, and includes friends and family members of the GP. Kirkland & Ellis International provided legal advice to the GP on the fundraise. No placement agent was used.

Investors
The new fund was limited to IK’s existing investors across various strategies. IK managing partner Kristian Carlsson Kemppinen told Unquote that 20% of the LPs are from the US, 25% are from France, 20% are from German-speaking countries in Europe, and the rest is evenly split between the UK, Nordic and Benelux regions.

Investments
IK Small Cap III will follow the same investment strategy as its predecessor, and will focus on its core sectors of business services, healthcare, consumer and industrials. It will invest in 15-20 companies with enterprise values of €50-150m.

The fund includes a development capital pool which, in line with IK’s original Small Cap I Fund strategy, will focus on investing in 10-15 smaller companies valued at up to €50m.

The GP said that it would support businesses “through an active ownership model focused on organic growth, international buy-and-build, professionalisation and operational improvement”.

IK’s other recent fund closes in the last 12 months include IK IX Fund, which raised €2.85bn in May 2020, and IK Partnership I, which held a close in March on €303m. The vehicle is dedicated to making minority investments in larger, more established businesses, and, according to Unquote Data, was targeting €500m.