“Is This Patriot Enough?” A Conversation on Asian Identity and Anti-AAPI Hate with George Takei & Lee Wong – SupChina 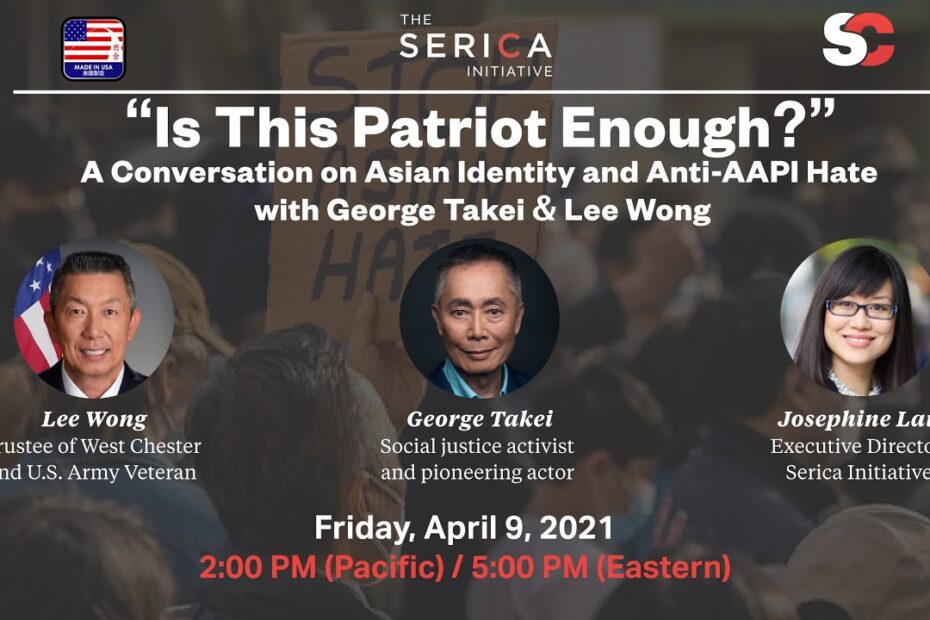 Pioneering actor and social justice activist George Takei, and Army veteran and elected official Lee Wong engage in a conversation on Asian identity and anti-AAPI hate. The two speakers share their personal stories as Asian-Americans — from George growing up with his family in Japanese-American internment camps during World War II, to Lee’s service in the U.S. Army. We also examine what it will take for Asian-Americans to finally be considered “American” and “patriotic” enough; the relationship between U.S. foreign policy and recent backlash against the AAPI community; Asian-American contributions to American society; and how we can work together to create lasting social change going forward.

This event is co-sponsored by the Serica Initiative, SupChina, and the Midwest USA Chinese Chamber of Commerce.