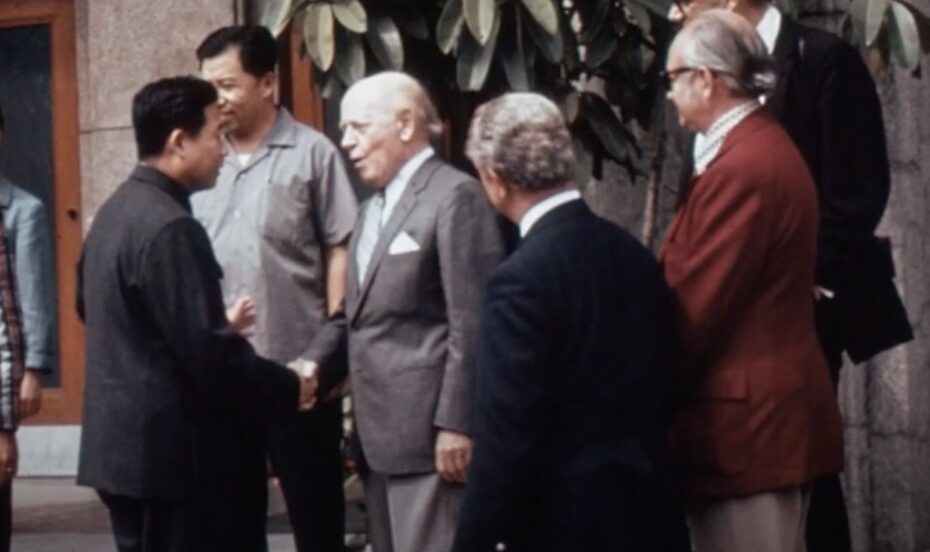 It’s a testament to Ormandy and his musicians’ talent, not to mention the music itself, that the orchestra was able to leave a strong impression with even a scrambled score. At first, Ormandy was afraid that the audience hated the music, but that wasn’t the case. Tán Dùn 谭盾, the classical composer behind the soundtracks of the blockbusters Crouching Tiger, Hidden Dragon (2000) and Hero (2002), tells the filmmakers that a broadcast from one of the orchestra’s performances is what inspired his career.

After the end of the Cultural Revolution, musicians breathed a collective sigh of relief. They were free to perform classical music, and the public was eager to listen. Parents now pushed their kids to take music lessons. Understanding music became the mark of an educated person. As American schools pushed music out of the curriculum, Chinese education embraced it, and the government gave its support through the funding of new venues. Thanks to these factors, China has become an essential stop for traveling Western orchestras. When the Philadelphia Orchestra filed for bankruptcy in 2011, it looked for relief with its next trip to China, not help from home.

Stylistically, Beethoven in Beijing keeps things interesting with a mix of archival footage, modern performances, and interviews with academic experts and musicians. There are some entertaining anecdotes, like Tan Dun’s scheme to sneak onto a train to get to an audition, that are colorfully brought to life through animation.

The film isn’t a mere history lesson, however. Another of its concerns is classical music’s growing absence in American (and Western) life. The reason for classical music’s flourishing in China isn’t exactly a secret. Beethoven in Beijing points a finger at the state’s involvement as an important factor. Chinese cities want orchestra halls and opera houses to prove their worth and sophistication, while the country’s cultural prestige benefits from musicians like Tan Dun, who are comfortable with classical traditions but have made their own innovations.

Beyond its insightful historical and social points, Beethoven in Beijing is valuable for its emphasis on the universality of music. Yannick Nézet-Séguin, the conductor of the Philadelphia Orchestra, does well to sum up this point when he muses that Beethoven probably couldn’t have imagined his music being played in such a faraway place as China with a Canadian conductor, an American orchestra, and a Chinese choir. As another interviewee explains, China isn’t saving classical music from the West. It’s become part of classical music, just as the rest of the world has.

Beethoven in Beijing will premiere as part of the PBS series “Great Performances” on April 16.