How a Chinese military overcoat came to symbolize an era – SupChina

How a Chinese military overcoat came to symbolize an era – SupChina 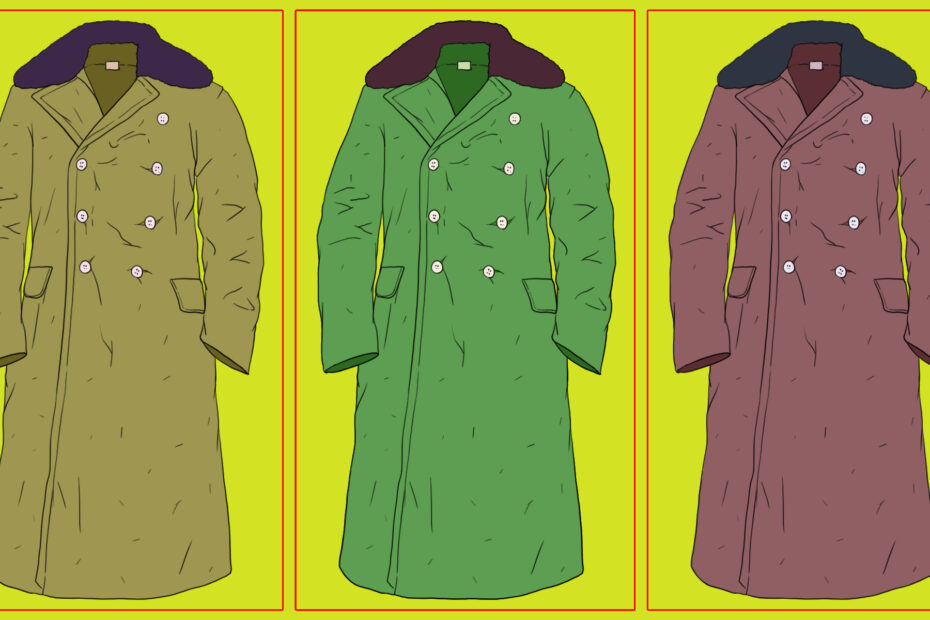 The jundayi is the definition of tǔ 土 — literally, “earth” — which is slang for all things proletariat. True to form, one is most likely to see the jundayi being worn these days by trash collectors on three-wheeled vehicles, security guards, workers sweeping roads, or farmers.

Bootleg versions can be found on ecommerce platforms for as cheap as 45 RMB ($7). They come in color schemes from khaki-brown to dark blue to lighter shades of green. Wearing one of the more expensive ones — which can go for 500 RMB ($75) — feels like being wrapped in a duvet. It is thick and heavy — heavier than your average coat — but soft, which makes you want to roll into a ball for maximum comfort. Comfy for sleeping on the train or anywhere else, boasts a line of promotional text from a vendor on Taobao.

Just before Chinese New Year in 2017, President Xi Jinping visited families in Beijing’s neighboring Hebei province. In order to strike a chord with villagers, he cultivated a man-of-the-people persona. That meant, of course, that he would wear the jundayi. He chose a modernized version of the overcoat: dark green with black fur and no gold-colored bling. He was on a poverty alleviation tour, after all.

The jacket in present-day

“Wow, this looks so fashionable!” a young Chinese woman stopped me in a Beijing alley to say. This was in the winter of 2020, when the jundayi was getting its moment in the sun with Chinese youths. In December that year, Chinese actress and singer Guān Xiǎotóng 关晓彤 brought the jacket to the attention of millions of people when she wore it in a couple of videos. The hashtag “Guan Xiaotong wraps herself in jundayi” reached 130 million views on Weibo.

Over the past decade, the jacket has made several appearances in pop culture. In 2013, actor Andy Lau (刘德华 Liú Déhuá) wore the jacket for a film shoot, and in 2017 singer/songwriter Leah Dou (窦靖童 Dòu Jìngtóng) wore it for a performance on Beijing Television Network. The website Sina Fashion declared after the show that a jundayi fad had begun.

But Gracia Ventus, a fashion designer based in Shanghai, explains that it takes more than a viral campaign to make a piece of clothing a lasting icon. She has worked extensively with modern technical apparel and frequently draws on references from military designs in her creations. “Without the necessary evolution and interpretation by luxury fashion brands and costume designers, the coat cannot shed its Chinese military association and go through the design evolution required to be accepted by the mainstream,” she says.

She makes a comparison with military jackets in the West. “Unlike the M65 field jacket, MA-1 bombers, and trench coats, [the jundayi] has not been fully brought into modern popular culture. The trench coat is a relic of the ’30s and ’40s, but it continues to retain its popularity because it’s been featured in countless movies.” Instead, many Chinese designers look to styles like hanfu or other clothes from imperial China when they need a historical blend.

If the jundayi doesn’t undergo a modern interpretation, its appeal may be relegated to its “earthy” reputation. “It will fall behind and be seen as a kitschy vintage garment,” Gracia says.

But maybe that’s OK. It is a jacket for the masses, after all. Fashion object or not, the jundayi can still turn heads and warm hearts in China. If you wander down a street sporting the puffy jacket, you will catch looks. The “big military overcoat” doesn’t have to be recognized as high fashion to retain its relevance. Its place in the hearts and minds of millions of Chinese families has already been secured.