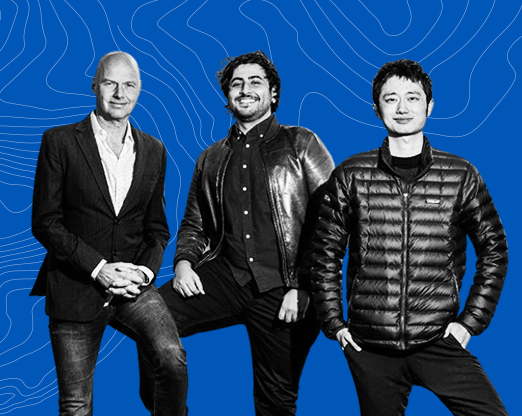 Nailing customer experience is tough. Every conversation, across every channel, counts. And while much in our lives has changed since the 1960s, the site of these customer conversations has not: the contact center. Contact centers — with their 17M overworked, undertrained, and understaffed agents globally — remain the hubs of customer experience. Agents thus hold the keys to unlock more revenue, less churn, and greater customer satisfaction. To do so, there are a million things an agent could say — but only a specific few they should say.

Fortunately, we are entering a golden age of conversational AI and automation. The contact center — with its manual workflows and high volume, repeatable processes — is the ideal application for it. However, legacy on-premise systems are ill-equipped to deliver the productivity improvements that contact centers require for the digital age.

Enter Cresta: the Expertise AI platform that turns any agent into “a 10x agent.” Cresta ingests live conversations and prompts agents with real-time suggestions, such as objection responses, expectation setting, troubleshooting FAQs, and more. From this, Cresta can baseline their models to top performers and then amplify best practices across the floor. The product also helps to automate agent workflows at the perfect moment by opening the right software tool, auto-filling ticket/lead entries, placing orders, and performing account validation. By nudging best practices and automating rote work, Cresta supercharges agents to focus on what really matters: their interactions.

The ROI is immediate: higher conversion, better NPS, and lower handling times. Best of all, instead of ripping and replacing infrastructure, Cresta is an open ecosystem that integrates and peacefully coexists with existing contact center software; this makes its implementation fast and its training data rich.

From our first encounter with CEO and co-founder, Zayd Enam, it was clear he and the team were special. Zayd moved to the U.S. from Pakistan on a scholarship at 17. After completing his undergrad at Berkeley, he pursued a PhD at Stanford under Dr. Sebastian Thrun, Director of Stanford’s AI Lab (and now Chairman of Cresta). At Stanford, Zayd met CTO and co-founder Tim Shi — a parallel force of nature. Together, they dropped out to commercialize their research with an eye on contact centers.

In the early days of Cresta, Zayd and Tim began with the belief that AI would enhance rather than replace humans. This meant that humans would be in the engineering feedback loop and the systems must be designed to learn from people as much as people learned from the system. This belief led them to a breakthrough technological approach, which required specific advances in the fundamental AI platform. As a result, they got off to a relatively slow start versus companies who simply applied off-the-shelf AI, but in 2020, the technology that Tim and Zayd originally envisioned took shape and Cresta zoomed past the competitive field. The company had a breakout year where revenue quadrupled, as existing clients realized tremendous value as they deployed Cresta across the enterprise and new clients signed up at a fast pace.

Cresta creates value for customers across a variety of verticals, including Intuit, Porsche, Earthlink, and Cox Communications, ultimately driving the best customer conversations possible. In fact, some of its Fortune 500 customers have seen more than 20% improvement in conversion rate, 25% greater average order value, and millions of dollars in additional revenue in a matter of months.

If the last two decades of technology were about transitioning software from on-premise to the cloud, we think the next two will be about transitioning software from dumb to smart. Zayd has this great analogy where he talks about books as the de facto medium of knowledge dissemination today: if you want to become excellent at something, you read a book on how the greats did it, and then try to do it yourself. But writing a book takes a long time! What if, instead, we had something that could intelligently record best practices from the greats in any field, and then personalize that content to us, in real time? That’s Cresta: the book that writes itself — and it’s only getting started. Sequoia and Andreessen Horowitz are thrilled to partner with them on this journey.

Cresta is building a strong team across product, marketing, engineering and sales from places like Google, Facebook, Okta, AppDynamics, and Stanford. If you’re interested in joining the team, check out open positions here.

This blog post was written by Carl Eschenbach and Kais Khimji on behalf of Team Sequoia and Ben Horowitz on behalf of Andreessen Horowitz. It also appears here.

The views expressed here are those of the individual AH Capital Management, L.L.C. (“a16z”) personnel quoted and are not the views of a16z or its affiliates. Certain information contained in here has been obtained from third-party sources, including from portfolio companies of funds managed by a16z. While taken from sources believed to be reliable, a16z has not independently verified such information and makes no representations about the enduring accuracy of the information or its appropriateness for a given situation. In addition, this content may include third-party advertisements; a16z has not reviewed such advertisements and does not endorse any advertising content contained therein.

This content is provided for informational purposes only, and should not be relied upon as legal, business, investment, or tax advice. You should consult your own advisers as to those matters. References to any securities or digital assets are for illustrative purposes only, and do not constitute an investment recommendation or offer to provide investment advisory services. Furthermore, this content is not directed at nor intended for use by any investors or prospective investors, and may not under any circumstances be relied upon when making a decision to invest in any fund managed by a16z. (An offering to invest in an a16z fund will be made only by the private placement memorandum, subscription agreement, and other relevant documentation of any such fund and should be read in their entirety.) Any investments or portfolio companies mentioned, referred to, or described are not representative of all investments in vehicles managed by a16z, and there can be no assurance that the investments will be profitable or that other investments made in the future will have similar characteristics or results. A list of investments made by funds managed by Andreessen Horowitz (excluding investments for which the issuer has not provided permission for a16z to disclose publicly as well as unannounced investments in publicly traded digital assets) is available at https://a16z.com/investments/.

Charts and graphs provided within are for informational purposes solely and should not be relied upon when making any investment decision. Past performance is not indicative of future results. The content speaks only as of the date indicated. Any projections, estimates, forecasts, targets, prospects, and/or opinions expressed in these materials are subject to change without notice and may differ or be contrary to opinions expressed by others. Please see https://a16z.com/disclosures for additional important information.