The monk who believed Buddhism could save China

The monk who believed Buddhism could save China 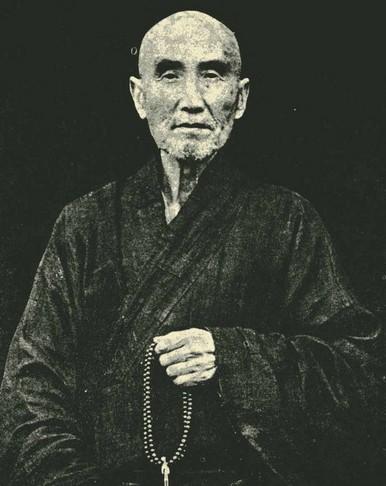 Tanxu was invited by officials in other cities to reprise the patriotic project of his temple in Harbin: Yingkou, Shenyang, Changchun. His most ambitious project came in one of China’s most famous former colonies: Qingdao. German imperialists had taken the city as retribution for the murder of two priests, and had gone about reproducing Franconia in Shandong (complete with imported hops and a brewery that still stands). The city had passed from Germany to Japan and then finally China, but when Tanxu arrived in the early 1930s, it still resembled a European city more than a Chinese one. Tanxu’s Zhanshan Temple, high on a ridge overlooking the city and Jiaozhou Bay, marked it as a Chinese place.

A Chinese place for a few years, anyway. In 1937, the new but thriving temple came under Japanese control, though it continued to function. Liberated in 1945, Zhanshan Temple had barely recovered from occupation before the next round of war closed in. Tanxu had survived foreign armies, warlords, famine, and flood, but in the spring of 1949, his advisers convinced him to flee.

The DC-3 took off from Qingdao and landed in Shanghai, where Tanxu stayed a few days in the convulsing city, vividly described by Helen Zia in her book Last Boat Out of Shanghai. Then, on April 4, another flight left Hongqiao Airport and navigated the notorious approach to Kai Tak Airport in Hong Kong.

There, Tanxu continued the same work he had managed for decades, in a different guise. The temple he founded in Hong Kong was far from the city center, at Clearwater Bay in the New Territories. More important was the Chinese Buddhist Library he built on Boundary Road, where he pursued the same attempt to promote and revive the Chinese nation, but this time against Chinese invaders. With the fate of Buddhism uncertain under Communist rule, Tanxu collected Buddhist texts from across the country, building a collection that was essential to the persistence of the faith and establishing Hong Kong as an ever more important Buddhist center.

Tanxu died in 1966, so he was spared from seeing Buddhism and Buddhist relics descrecrated in the mainland during the Cultural Revolution. The People’s Republic would eventually achieve the strength Tanxu had wanted China to have, but at the cost of its heart.

Tanxu’s remains were interred overlooking the South China Sea, but now, as Hong Kong’s place as a stronghold of traditional Chinese culture becomes ever more fragile, threatened by the Communist government Tanxu had fled decades ago, I sometimes wonder how the view would seem to him now.