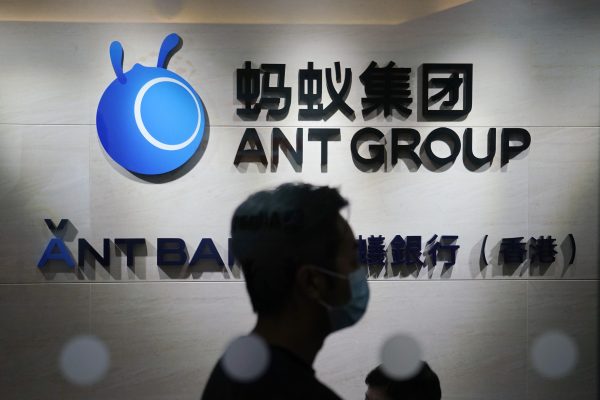 Jack Ma’s Ant Group was set to make history on November 5, 2020, as the world’s largest IPO – but Chinese regulators pulled the plug just a few days prior. Even before this fallout between Ma and Chinese regulators, Ant Group has been navigating through uncharted waters.

Ant Group is the world’s largest e-finance provider; it runs Alipay, one of China’s largest online payment systems. In the mid-2010s, the growing demands for microlending led to the surge of the Chinese microfinance market, including numerous P2P (peer-to-peer) platforms. However, the unregulated market led to multiple fraud cases. As the regulators cracked down on the microfinance market, including imposing stricter regulations over P2P services, Ant Group emerged as the national champion in microfinance.

After becoming the Chinese government’s handpicked winner, however, Ant Group encountered many conflicts with financial regulators. First, China’s commercial banks found Ant Group threatening. China’s banking system has long been practicing financial repression: it offers generous credit lines to powerful borrowers by suppressing real interest rates to a negative level. Moreover, commercial banks have been turning away household and small business lenders to favor large lenders. This profit-reaping practice alienated Chinese households; as a result, household saving deposits growth decreased between 2003 and 2012. In comparison, Ant Group provides a convenient microlending system in which many households invested rather than saving in banks. The commercial banks complained about this development and criticized Ant Group for absorbing money that should have gone to them.

Meanwhile, the Chinese financial regulatory system has struggled to keep up with fintech innovations because of bureaucratic infighting among regulatory authorities. As the fintech market emerged suddenly, Chinese regulators had trouble delineating regulatory territories. The People’s Bank of China (PBOC), the China Banking and Insurance Regulatory Commission (CBIRC), China Securities Regulatory Commission (CSRC), and State Administration for Market Regulation (SAMR) have significant stakes in the fintech market and each views itself as the exclusive regulator. Ant’s IPO provided a golden opportunity for these regulatory agencies to establish their power and precedent in regulating the fintech market. First, the CSRC suspended the listing. Then the SAMR investigated Ant Group for anti-monopoly regulations. In the meantime, regulators from all four agencies (PBOC, CBRIC, CSRC, and SAMR) summoned Jack Ma for “conversations.”

This battle among regulators also led to a lack of regulation in the microlending market and caused the P2P bubble in China. Even after Chinese regulators busted the P2P bubble, the negative effects on the market made them risk-averse. Cautious Chinese regulators have long been concerned about the impact of the flourishing fin-tech and microfinance market on the broader financial system. The P2P bubble only confirmed their suspicions. Thus, they were more cautious about listing Ant Group in the stock market, which might cause another bubble.

Facing this turmoil, Ma lashed out at the Chinese regulatory authorities during a Shanghai Conference. He compared the regulators to “pawnshops” and accused them of lacking innovation. President Xi Jinping was particularly furious at Ma’s comment because Xi views strengthening financial oversight as his signature reform. The speech became the final trigger that led to the abrupt halt of Ant’s public listing.

The Ant Group dispute represents the new “CCP Inc” phenomenon: the Chinese Communist Party actively gaining control over private enterprises. Many observers debate the effect of this new activist state approach on China’s innovation capability. For this reason, it is useful to compare the Jack Ma case with the Mikhail Khodorkovsky case in Russia in 2003. Khodorkovsky headed a banking and oil empire that included Yukos Oil, one of the largest petroleum companies in the world. In 2003, the Russian government arrested him and nationalized his assets.

Putin is not a fan of the liberal economy; he witnessed how an unregulated market nearly doomed the Russian state in the 1990s. Therefore, since Putin came into power, his goal has been to resuscitate political control over the economy by controlling the strategic resource industry. He believes that robust state control can minimize economic risks. Meanwhile, Khodorkovsky began negotiations to sell a stake to Exxon and Chevron in exchange for technological collaboration. Putin viewed this negotiation as extremely risky; he feared that this project would weaken Russia’s state capacity by introducing U.S. capital to the Russian oil industry. Thus, he vetoed this ambitious business plan.

Khodorkovsky did not welcome the creeping unchecked state power and subsequent rampant corruption. In a meeting with Putin and his advisors, Khodorkovsky detailed the corruption of Russia’s bureaucracy and accused several of Putin’s confidants of corruption. Putin was furious with the accusations and even clashed with Khodorkovsky in the meeting. After the meeting, Putin took down Khodorkovsky and his oil empire.

This incident had a significant impact on Russia’s economic trajectory. The arrest of Khodorkovsky caused a massive flight of the richest and brightest Russian entrepreneurs. This capital flight was one of the reasons behind the failure of the Skolkovo Industrial Park, Russia’s flagship innovation project: Entrepreneurs worried about the safety of their assets, so they would rather save their money in London or Cyprus than investing in Russia.

Clearly, China today is not Russia in 2003. Jack Ma was not arrested, and the government did not take his company away. Since 2015, government regulations have actively curbed capital outflow. The vibrant Chinese market also makes domestic investments desirable for Chinese entrepreneurs. However, the Ant Group incident might still have significant negative effects on the future of Chinese innovation.

Regulatory politics in China would burden private companies and stifle innovation. Akin to the Russian government, the Chinese regulators are risk-averse; their primary objective is to maintain control and avoid social unrest. Thus, the regulators cannot tolerate the creative destructions that come with innovation.

The 2021 Government Work Report elevates financial security to the same level as food, energy, and resource security, all labeled “national economic securities.” The report claimed that “structural risk in the financial sector must be prevented at all cost.” This shows that the government will not tolerate any innovation that might be deemed risky. Furthermore, the regulatory infighting makes implementing effective regulations nearly impossible. Regulators cannot establish robust rules that allow innovation but reduce risks; they can only suppress innovation to prevent risks.

The process of handpicking a national champion hampers innovation. It reduces market competition by marginalizing emerging firms attempting to compete with the incumbent. In addition, the powerful state is always the dominant power; Chinese entrepreneurs understand that the state can give them everything today and take everything away tomorrow. In such an atmosphere, entrepreneurs will shift their focus away from innovation to protecting incumbency by maintaining their relations with the government and navigating through regulatory politics.  Like Russian tycoons, Chinese entrepreneurs view state control as threatening to their assets and actively transfer capital offshore despite strict capital outflow regulations.

The Jack Ma incident exposes China’s regulatory weaknesses. The “CCP Inc.” approach to taming Chinese private enterprises will pose a significant challenge to Xi’s innovation plan, just as Putin’s attempt to control Russian tycoons eventually doomed the Skolkovo project.  However, the Chinese government cannot solve these problems easily. One senior finance regulator called financial regulation reform “sensitive” because the government does not have any real plan. Thus, unless China can overcome its regulatory challenges, Beijing’s goal of transforming into an innovation-led economy will remain fragile.

Special thanks to Professor John Yasuda of Johns Hopkins University for his mentorship.