In ‘Flow,’ the pipa and shakuhachi speak to our souls

In ‘Flow,’ the pipa and shakuhachi speak to our souls 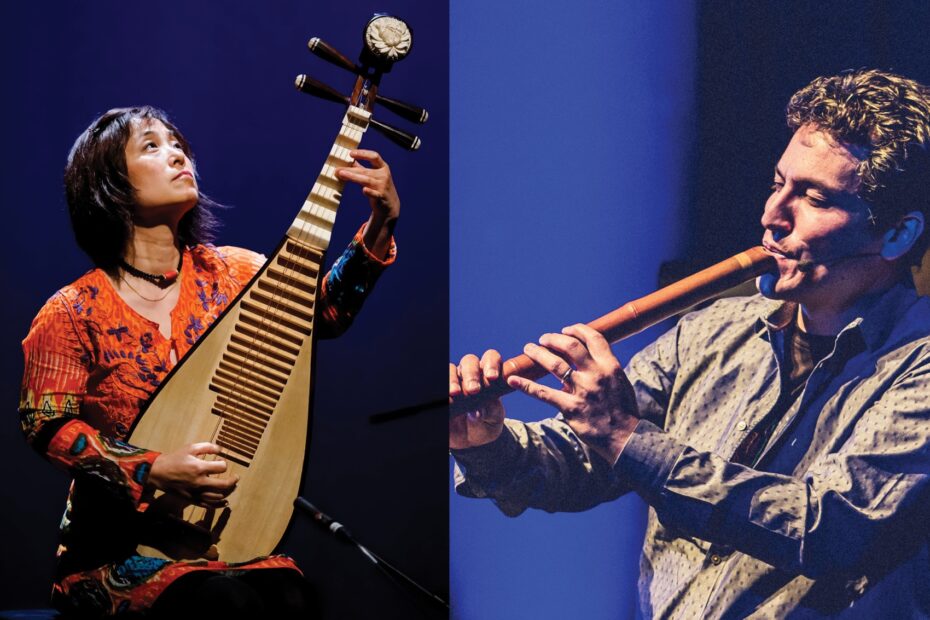 “Winter is peaceful sometimes, but sometimes it gets emotional, it gets intense,” Wu Man explained. Wu’s skill is to both manifest this emotionality and refract it, like moonlight on floorboards.

The album’s second and third tracks, appropriately titled “Spring” and “Summer,” feature shakers and the breathy shakuhachi, suffusing the tracks with an ephemeral vitality that, after Winter, feels both expansive and liberating. Umezaki explains that the shakuhachi, unlike many instruments associated with the West, solicits meaning within the notes rather than between them; it pares virtuosity for intensity, encouraging listeners to dwell in the sound. When played alone in “Spring,“ the shakuhachi carries the melancholia of a cold wind, which is comforting in its own way — a reminder that the winter was real.

I asked both Wu and Umezaki why the album so successfully conjures the seasons even to a listener, like myself, who is only passingly acquainted with the pipa and shakuhachi traditions. Each cited the lineage of the instrument. Pipa taps into something old, Wu told me, an accumulated knowledge: “Through all the thousands of years, it has developed a distinctive language.” Umezaki pointed to the shakuhachi’s storied employment as a Buddhist breathing device. The album may articulate the seasons clearly because its instruments, in the hands of two honest guides, have experienced many of them.

The year has four seasons but the album has five tracks. The fifth one is “Bamboo.” Umezaki explained its presence pragmatically — “The original video installation [which the music was composed to accompany] was actually five different pieces, the seasons plus ‘Bamboo’” — but gamely added that in a garden, bamboo “creates the space” for the garden.

Wu Man offered a contemplative suggestion. “Bamboo is evergreen. It’s always there. It doesn’t matter whether it’s winter or summer, bamboo is always green, always alive,” she told me. “We wanted the listener to take something away, something they can imagine.”

From my bedroom in Palo Alto, I imagined motion again, seeking human companionship again, returning to my normal awkward, not this tragicomic COVID-awkward. I saw clouds racing across a meadow, shadows on the grass. Swaying bamboo. Four seasons later we are still here, listening to music by ourselves, battered but unbroken.