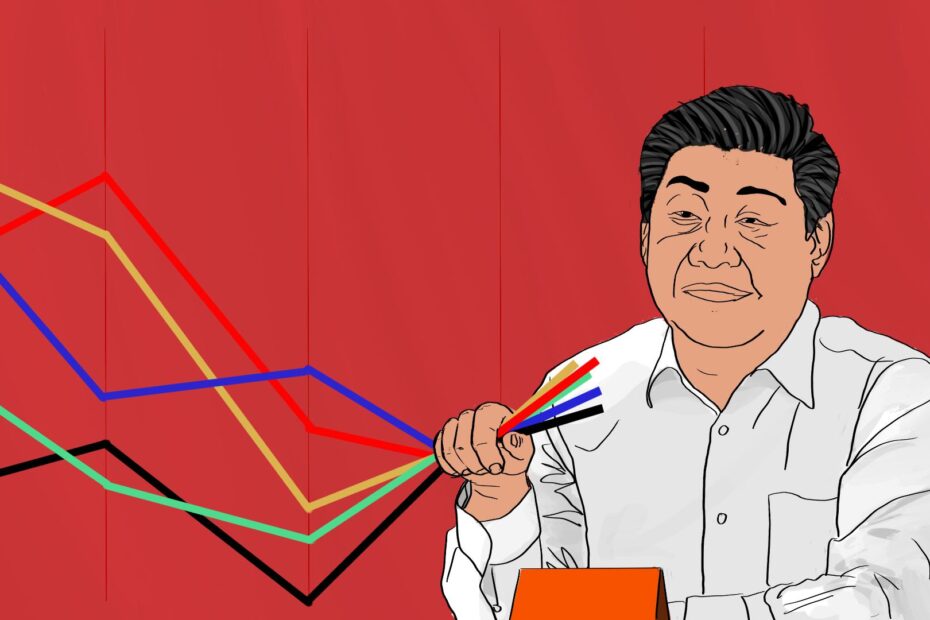 The upward trend becomes plainer if we plot the average annual “yes” vote. Overall approval of the government’s activities gradually declined over Hu’s second term as president, falling from 91.2% in 2007 to a low of 85.3% in 2013. Since Xi became president that year, this “yes” index rose every year and hit a 15-year high of 98.5% at the COVID-delayed NPC of 2020.

Lukewarm support at the NPC is an unusually public expression of disapproval in the Chinese system, which may weaken an administration ’s ability to win policy compliance throughout the Party’s vast political apparatus. And while these work reports are delivered by lower-ranked figures, it’s paramount leaders like Xi and Hu who must bear ultimate responsibility.

Xi’s strong showing is significant because it implies that his platform enjoys wider support, or at least broader acquiescence, among Party elites. Before Xi, Hu’s lower tallies likely reflected concerns that his “collective leadership” failed to control the harmful externalities of rapid growth, especially inequality and pollution, and allowed corruption and indiscipline to flourish in the cadre ranks, threatening the Party’s grip on the country.

After Xi took office, he overhauled the forms and norms of Chinese politics to concentrate power in himself as the “leadership core,” centralize decision-making in Party institutions, and curb resistance to effective policy execution. In his judgment, enhanced control is necessary to implement an ambitious reform agenda to revitalize Party governance, with the overarching aims to improve living standards, increase national power, and bolster regime legitimacy.

Claims that Xi’s authoritarian renaissance sparked a backlash from political rivals and civil society are correct, yet there’s little sign of opposition in the actual corridors of power. Indeed, the NPC data adds weight to theories that “Xi’s rise” is as much the result of a collective response to crisis as it is an individual will to power. Rising “yes” votes indicate that Xi’s dream to “make China great again” may be more popular in Beijing than is sometimes assumed.

Of course, another explanation for why more NPC delegates approve government reports under Xi’s leadership is that they might increasingly fear personal repercussions if they do not cast an assenting vote. Election regulations stipulate anonymity, and the NPC electronic voting system’s state-owned manufacturer insists on it. Delegates, however, complain that colleagues can easily see how they vote, and even Chinese media note the possibility of back-end decryption.

In 2010, Jiāng Píng 江平, a prominent legal scholar, said an NPC insider told him that the electronic voting technology was designed to allow for voter identification, if requested. After one NPC, leaders supposedly confronted Liào Huī 廖晖, the son of a revolutionary cadre, when they discovered he was the delegate that opposed every item on that year’s docket. (Liao, who became a high-ranking official in Hong Kong affairs, retired in 2013.)

It’s hard to know for certain, but it seems likely that both genuine support and greater control explain the NPC’s higher approval of government reports during Xi’s leadership. Either way, the fact that more NPC delegates choose or feel compelled to approve everything that Beijing does is a real sliver of evidence that Xi continues to consolidate his authority within the Party.

This backing bodes well for Xi at this year’s Two Sessions, as his government unveils the next Five Year Plan for national development and a special 15-year vision for China to substantively attain great power status by 2035. Whether this program succeeds could well end up determining if China’s parliamentarians continue to give him their stamp of approval.