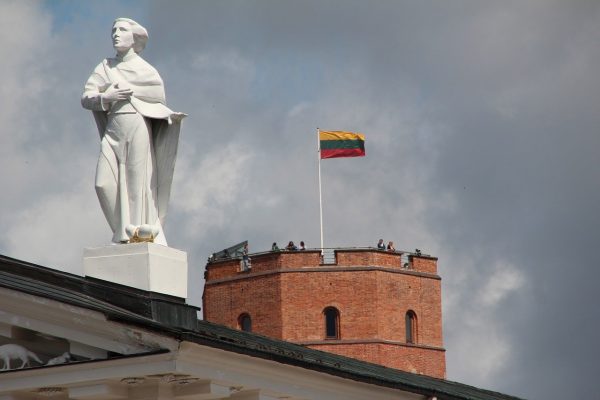 Lithuania plans to open a representative’s office in Taiwan, a government spokesperson told Reuters this week, a further sign that China’s outreach to Central and Eastern Europe is faltering.

In addition, a spokesperson from the Lithuanian Foreign Ministry told Reuters that going forward the country was going to put less emphasis on the 17+1 grouping, which brings together China and 17 Central and Eastern European countries.

“In our opinion, the economic initiative did not bring the expected result to Lithuania, so we plan to concentrate on developing our economic relationship with China bilaterally, and within the framework of EU and China cooperation,” spokesperson Vytaute Smaizyte told Reuters.

A previous version of the Reuters article, still available in republications as of this writing, claimed that Lithuania would “not be participating” in the 17+1, citing a Foreign Ministry spokesperson. That was corrected by Reuters to clarify that Lithuania will instead shift its focus away from the grouping.

However, the Lithuanian parliament’s Committee on Foreign Affairs has called for the country to leave the 17+1 altogether. And Foreign Minister Gabrielius Landsbergis told Lithuanian Radio and Television that the platform had brought Lithuania “almost no benefits” and was “not useful for Europe.”

“I am not saying that we are leaving and it’s the end, but we should really consider what is the useful way of building a relationship with China,” Landsbergis said.

This was not the first sign of a lack of interest in the grouping. Lithuania was one of six European countries not to send a head of state or government to the recent 17+1 summit – absences that were all the more glaring given that this year’s meeting was virtual.

In an article for The Diplomat after the latest summit, Andreea Brinza memorably dubbed the 17+1 a “zombie mechanism.” She explained the disillusionment and disappointment of the European members:

To be blunt, China failed in juggling expectations and achievements. All the appealing promises and proposals and the bombastic headlines of the first years of the 16+1’s life came back to haunt Beijing when most CEE countries failed to see consistent investment. Instead of infrastructure, they received forums; instead of factories they received exchange programs; and instead of exports they received summer camps. On those metrics, the 17+1 might still be active, but it’s not what CEE countries were hoping for.

There are now persistent rumors that some countries are looking to formally exit the mechanism. But as Brinza’s analysis suggests – and would seem to be confirmed by Reuter’s correction note – it’s more likely dissatisfied parties will avoid the headache of a public break, instead downgrading their participation to minimal levels.

Notably, all three Baltic states – Estonia, Latvia, and Lithuania – were among the parties to “snub” the latest 17+1 summit. Indeed, the Baltics have a long tradition of being forward leaning on human rights issues, having experienced authoritarian rule firsthand during the days of the Soviet Union. The states maintain a deep suspicion of nearby Russia, which also bleeds into relations with China. Beijing frequently touts its close partnership with Moscow and is adopting Russia’s misinformation playbook for interfering in other country’s politics.

The Baltics have been outspoken about the perceived threat from both Russia and China. In February, the annual report from Estonia’s Foreign Intelligence Service warned that China’s foreign policy ambitions would lead to “a silenced world dominated by Beijing.” Lithuania had issued a similar warning in its 2019 National Threat Assessment, highlighting Chinese espionage as a national security threat.

In Lithuania, this trend was given a new boost by the October 2020 parliamentary election, which installed a new coalition government pledging a “values-based foreign policy.” As Konstantinas Andrijauskas noted in an analysis for China Observers in Central and Eastern Europe (CHOICE), after the elections “[o]ne should surely expect a parliamentary normalization of various contentious China-related initiatives going forward” in Lithuania – including further outreach to Taiwan.

On March 4, Chinese Foreign Ministry spokesperson Wang Wenbin tried to push back against Lithuania’s critique of the 17+1. China has “every confidence in its prospects and stand ready to work with like-minded friends for more fruitful China-CEEC cooperation, which will also boost and invigorate bilateral cooperation between China and relevant countries,” Wang said.

But he saved his sharpest language for the proposal to open a new representative’s office in Taiwan. “We are firmly against the mutual establishment of official agencies and official exchanges in all forms between the Taiwan region and countries having diplomatic relations with China including Lithuania,” Wang said. “We urge the Lithuanian side to stay true to the one-China principle, abide by the commitments it made upon establishing diplomatic ties with China, refuse to be taken advantage of by Taiwan separatist forces, and avoid doing anything detrimental to bilateral political mutual trust.”

As Andrijauskas noted in his article for CHOICE, however, “China is lacking a strong leverage in Lithuania, as the level of bilateral economic relationship, and thus the extent of Lithuania‘s dependence on the Chinese market, is much smaller than that of almost any other larger country in Europe.”

Meanwhile, Taiwan’s Ministry of Foreign Affairs said it welcomed countries, including Lithuania, that are interested in friendly exchanges with Taiwan, but had no further information to offer on the proposed representative’s office. Taiwan currently has a representative’s office in Latvia, which handles trade, investment, and people-to-people relations between Taiwan and all three Baltic states.

If confirmed, the new Lithuanian office would be a welcome diplomatic boost for Taiwan after an embarrassing setback earlier this year. In early February, Taiwan’s Ministry of Foreign Affairs had announced the opening of a new representative’s office in Guyana, only to have Guyana back out of the deal within 24 hours.