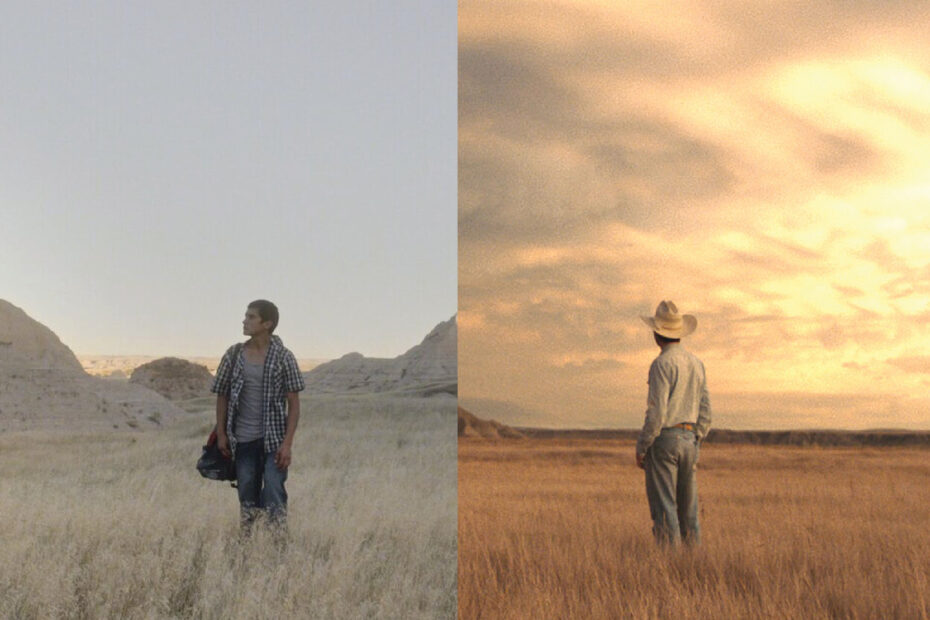 Nomadland has been acclaimed for using nonprofessional actors and incorporating their lives into the film, elements found in Zhao’s work from the beginning. Originally, Songs was supposed to be a scripted drama called Lee, but her lack of funds turned it into something experimental and improvised. In an interview at the time, Zhao said, “My job was to capture authentic moments Pine Ridge and my cast were giving me and try to navigate a story around it.” This resulted in scenes like Jashuan visiting what was left of her father’s burned-down home, a house that had actually caught fire while the actress and her family were living there.

Songs My Brothers Taught Me was received warmly in the indie community, and even made its way into the Cannes Film Festival. The nonprofessional cast gives incredible, nuanced performances, and the beauty and harshness of the landscape comes out well in the film’s cinematography by Zhao’s boyfriend and collaborator Joshua James Richards. While it’s a good debut, however, Songs suffers from a messy focus and several tedious cliches. (There’s even the obligatory scene of a teacher asking his troubled students what they’re going to do with their futures.) Zhao’s second film The Rider (2017) is a major improvement, being a spiritual kindred in its similar themes of poverty, family dysfunction, and individualism on the Pine Ridge Indian Reservation.

But while Songs portrayed the community through its kids and teens, The Rider is about a young man, a cowboy named Brady Blackburn (Brady Jandreau). Once a star at the rodeo, Brady’s career is thrown into turmoil when he falls off a horse and gets his head kicked. The attack leaves him with brain damage and an injured right hand, but most painful of all is his doctor’s order to give up the rodeo. Heartbroken, Brady has to choose between his greatest love and his own life. Brady’s friends try to lure him back in, but a crippled pal named Lane serves as a reminder that next time he might not be so lucky. As he grapples with the change, Brady is concerned about how he’ll support his family, having little choice but to pick up a stifling job working at a grocery store.

While she was filming Songs, Zhao met Brady’s actor Brady Jandreau at a ranch, and became interested in casting him in a movie. Before they could proceed with any ideas, Jandreau himself had a near-fatal accident at a rodeo in April 2016. His recovery ended up as the basis of The Rider, and the movie features friends and relatives playing fictionalized versions of themselves.